Warning: escapeshellcmd() has been disabled for security reasons in /home/logancoc7900/public_html/libraries/vendor/phpmailer/phpmailer/class.phpmailer.php on line 1454

Warning: escapeshellcmd() has been disabled for security reasons in /home/logancoc7900/public_html/libraries/vendor/phpmailer/phpmailer/class.phpmailer.php on line 1454
 Logan Cochrane Vietnam

Ho Chi Minh (1890-1969), a pseudonym meaning 'he who enlightens', was the leader of the independence struggle in Vietnam and served as the President of North Vietnam (1945-1969). He was a leader of the anti-colonial struggle in Asia, advocating for revolutionary action long before the establishment of the Community Party in 1930. A short book, "The Selected Works of Ho Chi Minh" (2011), presents a chronological ordering of short works (written between 1922 and 1960). Another book, by Walden Bello, put the work in context (to be covered in a future post). Interestingly, Ho worked on a French ship during the 1910s, taking him to ports in Africa and America. He lived in London and then France, and the first contributions in this book were penned while he was in France (until 1923). The next selection of works were penned in Moscow (until 1924), Guangzhou (until 1927), then Brussels, Paris, Thailand, Hong Kong. After 1930, he led the Indochinese Communist Party. The book offers a glimpse into the thoughts, perspectives and ideas of Ho Chi Minh. A few notes:

1922: "The mutual ignorance of the two proletariats gives rise to prejudices. The French workers look upon the native as an inferior and negligible human being, incapable of understanding and still less of taking action. The natives regard all the French as wicked exploiters. Imperialism and capitalism do not fail to take advantage of this mutual suspicion and this artificial racial hierarchy to frustrate propaganda and divide forces which ought to unite." (p. 10)

1922: "While the life of an Annamese is not worth a cent, for a scratch on the arm, M. Inspector General Reinhardt receives 120,000 francs compensation. Equality! Beloved equality!" (p. 26)

1923: "We have racked our yellow brains in vain, yet we cannot succeed in discovering the reason which led the men and women of France to found the remarkable institution called the 'Society for the Prevention of Cruelty to Animals'. First, the reason escapes us because we see that there are still so many unfortunate human beings who appeal without result for a little care." (p. 43)

1924: "The same system of pillage, extermination and destruction prevails in the African regions under Italian, Spanish, British or Portuguese rule. In the Belgian Congo, the population in 1891 was 25 million, but it had fallen to eight and a half million by 1911. The Hereros and Cama tribes in the former German colonies in Africa were completely exterminated. 80,000 were killed under German rule and 15,000 were killed during the 'pacification' period in 1914. The population of the French Congo was 20,000 in 1894. It was only 9,700 in 1911. In one province there were 10,000 inhabitants in 1910. Eight years later there remained only 1,080. In another province with 40,000 black inhabitants, in only two years, 20,000 people were killed, and in the following six- months 6,000 more were killed or disabled." (p. 78)

1945: "All men are created equal. They are endowed by their Creator with certain inalienable rights, among them are Life, Liberty, and the pursuit of Happiness." This immortal statement was made in the Declaration of Independence of the United States of America in 1776. In a broader sense, this means: All the peoples on the earth are equal from birth, all the peoples have a right to live, to be happy and free. The Declaration of the French Revolution made in 1791 on the Rights of Man and the Citizen also states: "All men are born free and with equal rights, and must always remain free and have equal rights." Those are undeniable truths. Nevertheless, for more than eighty years, the French imperialists, abusing the standard of Liberty, Equality, and Fraternity, have violated our Fatherland and oppressed our fellow-citizens. They have acted contrary to the ideals of humanity and justice. In the field of politics, they have deprived our people of every democratic liberty. They have enforced inhuman laws; they have set up three distinct political regimes in the North, the Center and the South of Vietnam in order to wreck our national unity and prevent our people from being united. They have built more prisons than schools. They have mercilessly slain our patriots; they have drowned our uprisings in rivers of blood. They have fettered public opinion; they have practiced obscurantism against our people. To weaken our race they have forced us to use opium and alcohol. In the field of economics, they have fleeced us to the backbone, impoverished our people, and devastated our land. They have robbed us of our rice fields, our mines, our forests, and our raw materials. They have monopolized the issuing of bank-notes and the export trade. They have invented numerous unjustifiable taxes and reduced our people, especially our peasantry, to a state of extreme poverty. They have hampered the prospering of our national bourgeoisie; they have mercilessly exploited our workers." (p. 85)

1956: "We are clearly aware that our common enemy's clamours only betray their fear in face of new forces and new victories. Faced with the ever more perfidious schemes of the imperialist reactionary influence, now more than ever, we must strengthen and develop ideological unity, solidarity among communist and workers' parties, and tirelessly struggle to defend the purity of Marxism-Leninism, which is our common treasury; study and apply correctly the theoretical principles of Marxism-Leninism to the realities of each country. We are confident that under the banner of Marxism-Leninism, victory will certainly be ours." (p. 139) 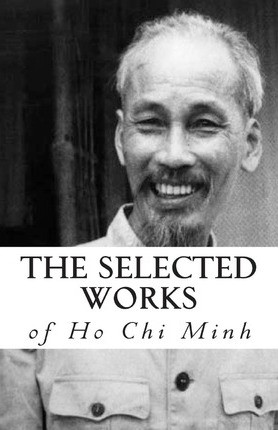