If you are looking for an introduction to agroecology and/or a textbook for a course on sustainable agriculture, "Agroecology: Science and Politics" (2017) by Rosset and Altieri is it. This book is written by leading experts, activists, and advocates (which motivates the book), for students this might be read in combination with a parallel book offering a different perspective for comparative purposes. As a stand alone book it is also excellent, concise (for a topic that could be complicated), and readable at 146 pages. Chapters cover the principles, history, current directions, evidence, examples of scaling, and politics. Examples given are concrete, with references for follow up and deeper engagement. A key point that the authors make throughout is that agroecology is political. Very useful introductory book. One of the authors has put the book online here.

"Agroecology combines indigenous knowledge systems about soils, plants and so on with disciplines from modern ecological and agricultural science. By promoting a dialogue of wisdoms and integrating elements of modern science and ethno-science, a series of principles emerge, which when applied in a particular region take different technological forms depending on the socio-economic, cultural and environmental context." (p. 9)

"Most analysts today agree that increasing food production will be a necessary but not a suﬃcient condition to prevent future hunger around the world. Hunger results from underlying inequities in the dominant capitalist system that deprive poor people of economic opportunity, access to food and land and other resources vital for a secure livelihood (Lappé, Collins and Rosset 1998). Focusing narrowly on increasing food production cannot alleviate hunger because it fails to alter the tightly concentrated distribution of economic power that determines who can buy food or have access to seeds, water and land to produce it." (p. 68)

"While most agroecology research to date has emphasized natural science, these results point to the need to prioritize social science approaches and self-study by rural movements, to draw systematic lessons from their successful experiences. This can produce the information and principles needed to design new collective processes." (p. 114) 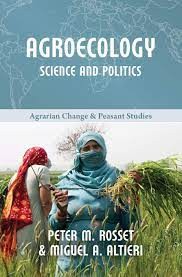 In the same year that Kamrava published his book on Qatar, Matthew Gray published Qatar: Politics and the Challenges of Development (2013). Kamrava's book has about three times as many citations and seems to have become the go-to book on political issues in Qatar for the time period. Kamrava took a position at Georgetown University in Qatar in 2007, and has been there since, giving him a depth of experience and insight that many others do not have. When I picked up Gray's book, and read that it was based upon three short visits to Qatar in 2011 and 2012, I was skeptical. Maybe it is a disciplinary or training difference, but I struggle to see how I could write a book with such limited contextual experience. Nonetheless, Gray's book is a really good resource, contains lots of data (which is often challenging to find in one place), it is well organized and structured. Some parts could have done with more references, allowing us readers to know where the information was obtained - for example the historical chapter gives many details that must have been sourced somewhere, but we are not told where (and a heavy reliance upon one source, in that chapter Crystal's work). As with many other works written by 'outsider' academics, no Arabic sources are used. While the author speaks of interviews and cites interviewees, we know little to nothing about who they are, how representative that data is, how many interviews are used, how the data was analyzed in order to draw conclusions, et cetera. This presents a significant methodological weakness. Nonetheless, this is a good resource for students, albeit slightly dated now, but for the period before 2012, this is worth reading. 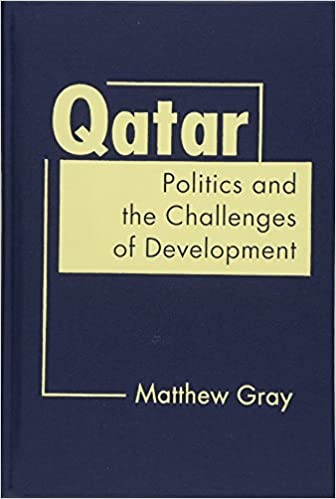 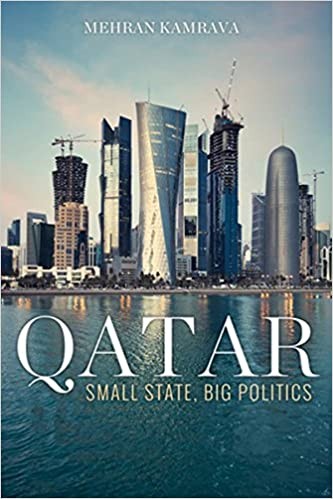 Darfur has received food aid for one of the longest running periods anywhere. Decades has passed and the crisis of insecurity and malnutrition continue. Long-time humanitarian practitioner, turned academic, Susanne Jaspars, authored "Food Aid in Sudan: A History of Power, Politics and Profit" in 2018 to distill the complex story. The book is readable and presents clear cases for moving beyond the technical approach to humanitarian assistance. One limitation is the reliance upon qualitative data (which is valuable, undoubtedly), however readers might be interested to see some more quantitative data (and from a variety of sources). Nonetheless, well worth reading for those interested in the topic area and/or Darfur. Some notes:

"Food aid can address food shortages and malnutrition but also has intended and unintended political effects. These political effects range from the geopolitical functions of food aid during the Cold War and – more recently – the War on Terror (WoT) to support countries friendly to the West, to the manipulation of food aid in internal conflict. Despite aims of doing the opposite, food aid tends to support the more powerful and exclude the weak amongst crisis-affected populations." (p. 9)

"According to government officials, the Sudanisation of aid began as early as 1988, following the 'invasion' of international NGOs during the 1985 famine, with the aim of handing over the distribution of relief to local NGOs (Informants 17 and 22, 2012). This was formalised in the first half of 1990, when the Sudan government issued a policy paper on the future of INGOs in the country, which introduced the concept of twinning them with local NGOS. [sic]" (p. 98)

"President Al-Bashir announced that aid would be Sudanised. National NGOs took over much of the work of the expelled NGOs. In North Darfur, for example, the food distribution previously carried out by Action Contre La Faim (as WFP's implementing partner) was taken over by the Sudan Red Crescent and Africa Humanitarian Action (an African NGO). German Agro Action entered into new arrangements with local NGOs. Key elements of Sudanisation appear to be the requirements that INGOs should employ mainly Sudanese staff and work with local partners. When interviewed in 2014, the Director-General of HAC explained that he saw Sudanisation as Sudanese taking the initiative for intervention and responsibility for end delivery, while international staff could monitor." (p. 98)

"The establishment of the national strategic grain reserve has been an essential component of the Sudanisation of food aid. A local strategic grain reserve was first attempted in the late 1980s in response to the Western-dominated relief operation in 1985; this was managed by the Agricultural Bank of Sudan and had the aim of action as a buffer against crop failures and stabilising the market. It was a direct response to dependence on Western food aid." (p. 99)

"In the early 1990s, the government resisted emergency food aid because it conflicted with the self-sufficiency aims of the Islamist regime, causing a stand-off between the government and aid agencies during the 1991 famine." (p. 104)

"…despite the efforts of international agencies in the 1980s and 1990s, most people in Darfur received little or no food aid and instead had to rely on their own strategies and became further impoverished. Government food aid was limited and prioritised government staff or those whose support it needed. Food aid in the livelihoods regime of practices, however, did produce a highly trained group of Sudanese aid professionals, who represented and lobbied on behalf of drought- and famine-affected populations, aiming to improve both government and donor responses. Other than training of Sudanese aid professionals, and government initiatives to provide and control food aid, it appears that the main effect of international food aid in the 1980s and 1990s in Sudan was the economic benefits for central government, traders and transporters" (p. 128)

"Government representatives always referred to international food aid as a political tool that provides support to rebel movements, threatens the government's sovereignty and makes the country dependent on food imports… Government officials also linked the politicisation to more subtle ways of undermining the Sudan government. Humanitarian intervention was twice referred to as a Trojan horse, first during OLS and later during the Darfur crisis. Food aid was perceived as a means of infiltration that allowed the enemy, Western governments, to weaken Sudan's government." (p. 159) 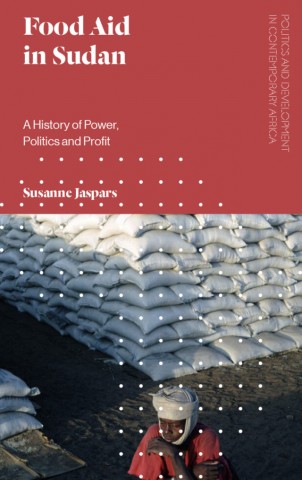