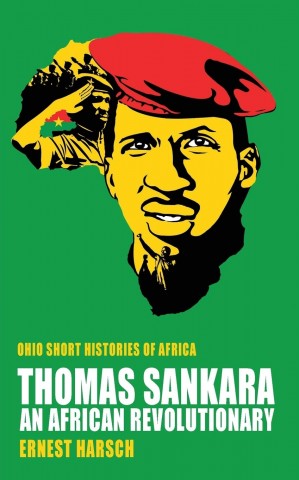 One of the great leaders and thinkers of the liberation struggle across Africa was Kwame Nkrumah, who would become President of Ghana. He has penned several works, one of which is "Handbook of Revolutionary Warfare" (1968). Reading this book makes clear why writings such as this are not as commonly on reading lists as are others, as pacifist and co-operative propaganda are tools in the neocolonialist enterprise. Nkrumah is notably absent from lists of African authors with the most mentions. A full copy of the book appears to be available here. Some notes:

"capitalism proceeded to introduce not only internal reforms, but external reforms designed to raise the extra money needed for the establishment and the maintenance of the welfare state at home. In other words, modern capitalism had come to depend more heavily than before on the exploitation of the material and human resources of the colonial territories." (p. 5)

"as far as the imperialists are concerned the real solution to the problem of continued exploitation through concessions and reform lies in the concept of "sham-independence". A state can be said to be a neo-colonialist or client state if it is independent de jure and dependent de facto. It is a state where political power lies in the conservative forces of the former colony and where economic power remains under the control of international finance capital. In other words, the country continues to be economically exploited by interests which are alien to the majority of the ex-colonised population but are intrinsic to the world capitalist sector. Such a state is in the grip of neocolonialism. It has become a client state." (p. 7-8)

"Psychological attacks are made through the agency of broadcasting stations like the BBC, Voice of Germany, and above all, Voice of America, which pursues its brainwashing mission through newsreels, interviews and other "informative" programmes at all hours of the day and night, on all wavelengths and in many languages, including "special English". The war of words is supplemented by written propaganda using a wide range of political devices such as embassy bulletins, pseudo "revolutionary" publications, studies on "nationalism" and on "African socialism", the literature spread by the so-called independent and liberal publishers, "cultural" and "civic education" centres, and other imperialist subversive organisations. The paper war penetrates into every town and village, and into the remotest parts of the "bush". It spreads in the form of free distributions of propaganda films praising the qualities of western civilisation and culture. These are some of the ways in which the psychological terrain is prepared." (p. 17)

"The nationalist phase is a necessary step in the liberation struggle, but must never be regarded as the final solution to the problem raised by the economic and political exploitation of our peoples. For nationalism is narrow in its application. It works within the geopolitical framework produced by the colonial powers which culminated in the carveup agreed upon in 1884 at the Berlin Conference, where today's political maps of Africa were drawn. The various peoples of Africa cannot be, and historically never have been, confined behind rigid frontiers sealing off territories labelled "Nigeria", "Togo", "Senegal", and so on. The natural movements of the African peoples and of their societies have from time immemorial swept along extensive axes as for example from the Nile to the Congo, from Senegal to the Niger, and from the Congo to the Zambesi." (p. 25)

"The struggle will entail hardship and suffering, but it is a phase through which we must pass if we are to accelerate the achievement of a radical, qualitative transformation of the liberation movement." (p. 59)

"Instead of promoting hierarchic, coercive and follow-like sheep relationships, our training will seek to develop an intelligent, egalitarian, critical and self-critical outlook within the armed forces. Our fighters will be self-disciplined, revolutionary men and women." (p. 70)

"Discipline. There must be no abuse of power of any kind. A freedom fighter who steals, loots, rapes or commits any other crime against the community must be tried and severely punished. It should be explained that such a breakdown in discipline endangers the whole revolutionary movement. Discipline comes from inner conviction. It is not a gift, but can be acquired by education, exercise and life in the guerrilla unit." (p. 112)

"The fully-trained guerrilla is armed both ideologically and physically for the revolutionary struggle. The tactics of guerrilla warfare rest in the main with him. With the support of the masses, and with unified direction of the revolutionary party, he is invincible." (p. 122) 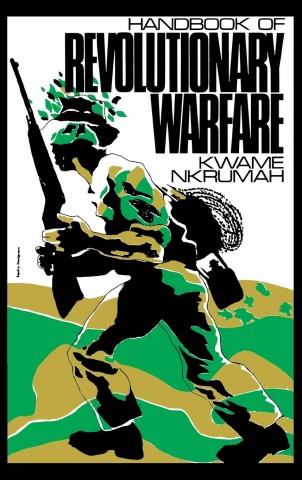 Men in the Sun - Ghassan Kanafani

In a letter to his son, Kanafani wrote: "Do not believe that man grows. No; he is born suddenly - a word, in a moment, penetrates his heart to a new throb. Once scene can hurl him down from the ceiling of childhood on to the ruggedness of the road." (p. 11)

Coverage from Al Jazeera on Kanafani. 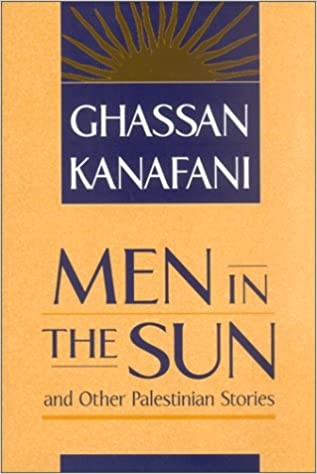 Revolution and Authoritarianism in North Africa

The Arab Spring caught everyone by surprise, but was quickly explained as an expected, inevitable event. How can these largely contradictory narratives be brought together? This is part of the task undertaken in "Revolution and Authoritarianism in North Africa" (2017) by Frederic Volpi. The author writes that the "book strives to retain the implications of meaning-making in the construction of the causality and understandings of the 2011 Arab uprisings in North Africa. The argument is not merely that the idiosyncrasies introduced by multiple actors undermined the structural unfolding of revolution and transition in the region, but also that the protest episodes themselves were crucial elements in the formation of new political identities and processes. The task therefore is to generate better linkages between actor-based processes and the institutional-based dynamics of regime change and political reform… rather than compare and contrast the situations of those Arab countries that experienced regime change in 2011, I map the processes of change and of resilience that followed protest episodes in two countries that witnessed dramatic political transformation (Tunisia, Libya) and in two countries that experienced only mild institutional reform (Algeria, Morocco)" (p. 4-5).

The author takes a unique approach by combining theories – avoiding both the imposition of logic post-protest, and focusing solely on actors or institutions, but rather the unique and complex interactions between multiple factors. "The analysis I propose presents the dynamics of the Arab uprisings in terms of evolving interactions between actors in particular arenas of contestations" (p. 17). However, such individuals are not pre-determined to do anything: "people do not actually 'know' if or when they would engage in anti-regime protests until the protest was upon them. In this perspective, protest 'thresholds' cannot be estimated in advance because they are not only based on pre-existing preferences, but on new preferences generated as the protests unfold and as people reinterpret what is happening around them and to them" (p. 23).

Change is far more complex and unpredictable: "Had the provincial governor been aware of the risk of local riots in the central provinces being a catalyst for a national revolt, he might have dealt with the initial unrest in Sidi Bouzid differently. The inability to understand the transformative potential of such protest events is not simply a failure to predict accurately what might happen. It also reflects a particular mastery of techniques of authoritarian governance which are known to be effective, but to that moment. From a regime's perspective, cognitive failure is therefore not simply a lack of anticipation; it is also the result of having too much experience of a particular kind" (p. 76).

Volpi offers detailed insight into the North African uprisings, challenging many of the common assumptions about the Arab Spring, as well as social movements and how change happens. The book is an excellent resource, but would be challenging reading for undergraduate students – the readership of this book is likely academics and graduate students.

"The economic liberalism promoted by organizations like the International Monetary Fund (IMF), which were called upon by regimes to help resolve their financial difficulties, directly contributed to the rolling back of the welfare state in the region. The privatization of social services led to the growth of of the welfare provision of Islamist organizations, which stepped in to replace state provisions" (p. 46). 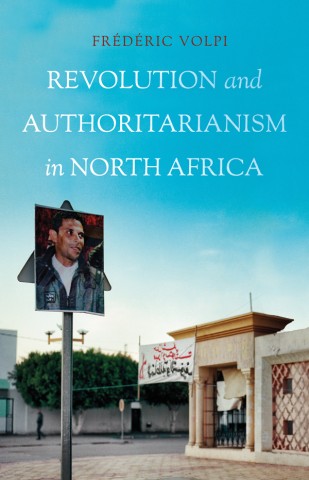