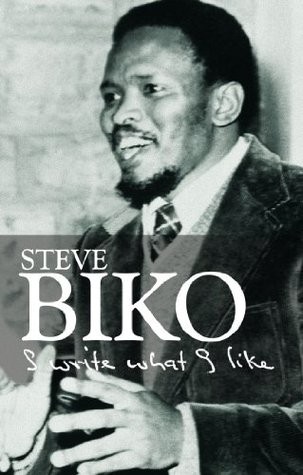 The Challenge of Democracy from Below

Edited volumes do not tend to have staying power as a publication – collections of essays pass like most academic articles. Rarely does an edited volume remain an essential reading for decades. "Ethiopia: The Challenge of Democracy from Below" edited by Bahru Zewde and Siegfried Pausewang (2002) is one of those books. A number of the chapters have been widely cited, and remain key sources for research. This text is also unique in that is was co-published by an Ethiopian civil society organization within Ethiopia (Forum for Social Studies)

Providing a summary of an edited volume is challenging. Rather than try to give a few points, I'll overview the structure and highlight some essential readings. The book is divided into four sections: (1) Traditional systems of governance, (2) The peasant and the management of power and resources, (3) Alternative loci of power, and (4) Alternative voices. Of these, contributions by Bahru Zewde, Oyvind Aadland, Svein Ege, Siegfried Pausewang, Dessalegn Rahmato, Mehret Ayenew and Original Wolde Giorgis are excellent. This book is well worth finding. 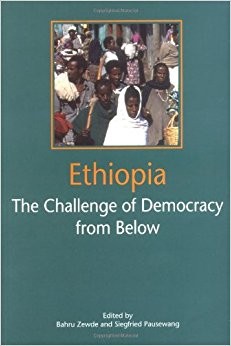 The Political Basis of Agricultural Policies

Why are policies created they way they are? This question is particularly interesting when the policies do not appear to function well. It may be that the 'failing' policies are not actually failing, but serving another, often unstated, purpose. A classic, essential read on this question is "Markets and States in Tropical Africa: The Political Basis of Agricultural Policies" by Robert H. Bates (1981). The author explains that the book "seeks to go beyond the position of agricultural economists by asking the obvious question: Why should reasonable men adopt public policies that have harmful consequences for the societies they govern? In answering this question, it looks for the social purposes that lead policy-makers to intervene in agricultural markets. Above all, it examines the political calculations that induce governments to intervene in ways which are harmful to the interests of most farmers" (p. 3).

"When African governments intervene in markets, they often do so in ways that harm the short-run interests of most farmers. On the one hand, by sheltering domestic industries from competition, they increase the prices that farmers must pay for goods from the urban areas. One the other, through the use of state power, they lower the prices farmers receive for their products; alternatively, they compete with them in supplying food to the urban markets. And the benefits of subsidies they do confer on farm inputs are reaped by the richer few" (p. 81). Further, these same programs are used to secure power, as incentives and disincentives (p. 110, 112, 117).

The problem of the decision maker is that they "want to move resources from agriculture to industry; and therefore they set prices in markets in order to capture resources from agriculture. Moreover, the governments need resources with which to implement these development programs; and to achieve their objectives, they need foreign exchange. In nations in which agriculture is the greatest source of income and the principal source of exports, it is natural that they should seek to levy revenues from the rural sector… Governments want to stay in power. They must appease powerful interests. And people turn to political action to secure political advantages – rewards they are unable to secure by competing in the marketplace. This book stresses the role of such factors in the formulation of agricultural policy." (p. 4)

Essentially, Bates outlines how governments have used policy to harm the majority of farmers, in seeking to serve other objectives.

While this book is good, it is unlikely it would pass the peer review process today. The author uses a few cases to generalize about "governments of Africa", pulling examples to prove points where most suitable. It is, nonetheless, a important read – one that set the groundwork for much of the political economy research for agricultural policy. 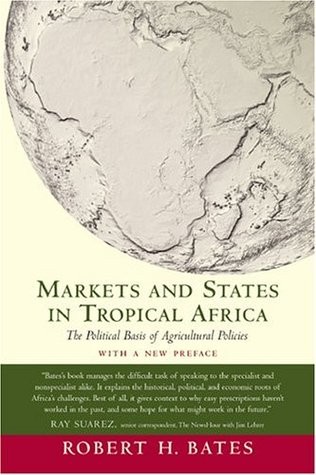 The Arts of Resistance

James C. Scott wrote "Weapons of the Weak" (1985) and "Seeing like a State" (1998), which have been widely influential (cited over 10,000 times each), and each are covered in earlier posts. Scott's 1990 book "Domination and the Arts of Resistance: Hidden Transcripts" has similar been widely read and referenced (also over 10,000 citations) and is an important read for those interested in gaining insight into how power is expressed and challenged. In it, Scott aims to "suggest how we might more successfully read, interpret, and understand the often fugitive political conduct of subordinate groups" (p. xii). For this, he argues, "the notion of the hidden transcripts helps us understand these rare moments of political electricity when, often for the first time in memory, the hidden transcript is spoken directly and publicly in the teeth of power" (p. xiii).

Unlike the author's more ethnographic work, this book jumps around and pulls examples from different time periods and locations to explore different aspects of this 'hidden transcript.' Scott focuses attention on examples wherein there is great disparity between dominant and subordinate groups, as in these instances "the public transcript of subordinates will take on a more stereotyped, ritualistic cast. In other words, the more menacing the power, the thicker the mask." (p. 3).

The 'hidden transcript' is hidden because it is almost always not recoded in the 'public transcript', but occurs outside of the view of the official (or when within view goes unrecorded). "The social sites of the hidden transcripts are those locations in which the unspoken riposte, stifled anger, and bitten tongues created by relations of domination find vehement, full-throated expression. It follows that the hidden transcript will be least inhibited when two conditions are fulfilled: first, when it is voiced in a sequestered social site where the control, surveillance, and repression of the dominant are least able to reach, and second, when this sequestered social milieu is composed entirely of close confidants who share similar experiences of domination" (p. 120).

Readers might wonder why all this matters – Scott argues that the "undeclared ideological guerrilla war that rages in this political space requires that we enter the world of rumor, gossip, disguises, linguistic tricks, metaphors, euphemisms, folktales, ritual gestures, anonymity. For good reason, nothing is entirely straightforward here; the realities of power for subordinate groups mean that much of their political action requires interpretation precisely because it is intended to by cryptic and opaque" (p. 137). He explains that the term infrapolitics "seems an appropriate shorthand to convey the idea that we are dealing with an unobtrusive realm of political struggle. For a social science attuned to the relatively open politics of liberal democracies and the loud, headline-grabbing protests, demonstrations, and rebellions, the circumspect struggle waged daily by subordinate groups is, like infrared rays, beyond the visible end of the spectrum. That is should be visible, as we have seen, is in large part by design – a tactical choice born of a prudent awareness of the balance of power" (p. 183).

To be clear, the author emphasizes that infrapolitics "is, to be sure, real politics. In many respects it is conducted in more earnest, for higher stakes, and against greater odds than political life in liberal democracies. Real ground is lost and gained. Armies are undone and revolutions facilitated by the desertions of infrapolitics. De facto property rights are established and challenged. States confront fiscal crises or crises of appropriation when the cumulative petty stratagems of its subjects deny them labor and taxes. Resistant subcultures of dignity and vengeful dreams are created and nurtured. Counterhegemonic discourse is elaborated. Thus infrapolitics is, as emphasized earlier, always pressing, testing, probing the boundaries of the permissible" (p. 200).

Neglecting to study this important form of politics, can limit the vision of researchers – consider the Arab Spring: "Social scientists, not to mention ruling elites, are often taken surprise by the rapidity with which an apparently deferential, quiescent, and loyal subordinate group is catapulted into mass defiance. That ruling elites should be taken unaware by social eruptions of this kind is due, in part, to the fact that they have been lulled into a false sense of security by the normal posing of the powerless. Neither social scientists nor ruling elites, moreover, are likely to fully appreciate the incitement a successful act of defiance may represent for the subordinate group, precisely because they are unlikely to be much aware of the hidden transcript from which it derives much of its energy" (p. 224). A small spark may ignite a forest fire: "When the first declaration of the hidden transcript succeeds, its mobilizing capacity as a symbolic act is potentially awesome… That first declaration speaks for the trolled, choked back, stifled, and suppressed. If the results seem like moment of madness, if the politics they engender is tumultuous, frenetic, delirious, and occasionally violent, that is perhaps because the powerless are so rarely on the public stage and have so much to say and do when they finally arrive." (p. 227) 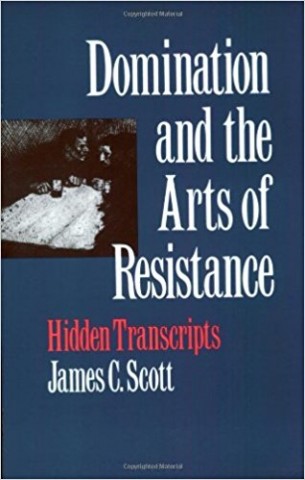