​Notes from Baldwin's 1962 two essays in The Fire Next Time, the first a letter to his nephew and the second a longer piece that reflects on engagements with faith and identity:

"Let me spell out precisely what I mean by that, for the heart of the matter is here, and the root of my dispute with my country. You were born where you were born and faced the future that you faced because you were black and for no other reason. The limits of your ambition were, thus, expected to be set forever. You were born into a society which spelled out with brutal clarity, and in as many ways as possible, that you were a worthless human being. You were not expected to aspire to excellence: you were expected to make peace with mediocrity." (p. 7)

"The details and symbols of your life have been deliberately constructed to make you believe what white people say about you. Please try to remember that what they believe, as well as what they do and cause you to endure, does not testify to your inferiority, but to their inhumanity and fear." (p. 8)

"Time catches up with kingdoms and crushes them, gets its teeth into doctrines and rends them; time reveals the foundations on which any kingdom rests, and eats at those foundations, and it destroys doctrines by proving them to be untrue." (p. 51)

"The word "independence" in Africa and the word "integration" here are almost equally meaningless; that is, Europe has not yet left Africa, and black men here are not yet free. And both of these last statements are undeniable facts, related facts, containing the gravest implications for us all." (p. 87)

"I know that what I am asking is impossible. But in our time, as in every time, the impossible is the least that one can demand—and one is, after all, emboldened by the spectacle of human history in general, and American Negro history in particular, for it testifies to nothing less than the perpetual achievement of the impossible." (p. 104) 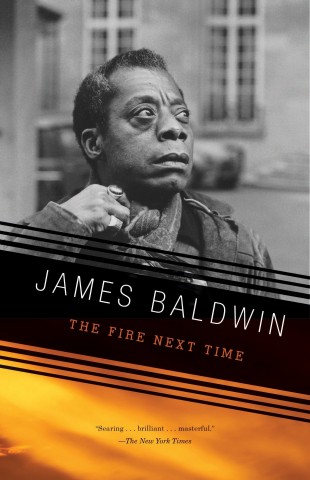