Listening to the Grasshoppers: Field Notes on Democracy

Arundhati Roy's "Listening to the Grasshoppers: Field Notes on Democracy" (2009) is a collection of essays, written during the 2000s. The topics span a range of issues, largely occurring in India. While the "field notes on democracy" were present, they were often implicit - which is somehow expected as the content was not written as a book, but a series of disconnected essays. A few noteworthy, often very witty and wise, reflections: 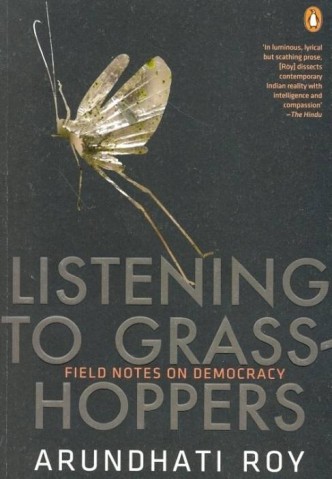