In 1985 Samir Amin wrote La Deconnexion, which was translated in 1990 as "Delinking: Towards a Polycentric World" and published by Zed. Parts of the book are dated (e.g. discussions of the USSR). My main interest in this book was Chapter 2, on The Problem of Delinking, which sets out some of the theory of delinking. Chapters focusing on capitalism and Marxism (Chapters 1, 3, 4) will be familiar for those who have read Amin's other work. Chapters 5 (Green Movements) and 6 (Islamic Fundamentalism) offer some different perspectives from the author in this book (that are not found elsewhere, as far as I know).

Similar to calls by Ngugi on Decolonizing the Mind, and later to decenter and recenter on socio-cultural and linguistic grounds, were made around the same time (in 1986). Amin calls for polycentrism or a polycentric world, on political and economic grounds. To Amin, delinking is based on four propositions: (1) recognition and contestation of an unequal development maintained by global capitalism, (2) delinking enables space for the social advance, (3) new futures of socialism are not deterministic, those futures must be built, and (4) this is a political project. Whereas the implementation of delinking includes national direction and control of production and the diversification of it, thereby engaging in the world system of trade on self-interested terms (as opposed to those set by others).

A couple of quotes on delinking:

"Ideological and political preparation of a response to the offensive of the North against the peoples of the South requires three axes of action. First, strengthening the unity of the Third World, and of its national and regional components. The greatness of Kwame Nkrumah and his call for Pan-Africanism, which in his day made some laugh and condemn him to the ferocious hatred of others, can now more than ever before be recognized as a clear-sighted awareness of a frailty of a fragmented Africa." (p. 61)

"The question of technology must be reconsidered in the context of these options. Delinking does not imply rejection of all foreign technology, simply for being foreign, in the name of some culturalist nationalism. But it certainly does imply an awareness that technology is not neutral, either in terms of social relations of production, or in terms models of living and consumption. Priority given to the involvement of the whole country, the entire people, in the process of change dictates a mixture of technologies (possibly imported) and renovation and improvement of traditional technologies. By contrast the extraverted option most definitely encourages total alienation in the technology of advanced capitalism. Finally, delinking is in no way synonymous with a refusal to participate in world scientific and ideological currents. Nostalgic culturalist nationalism is a symptom of the crisis and not an answer to it. It indicates the powerlessness of societies at an impasse who have not yet found a way of effectively bringing together renovation and historical continuity." (p. 67) 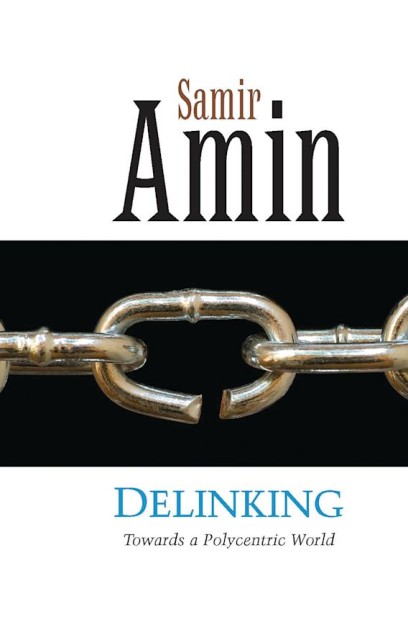