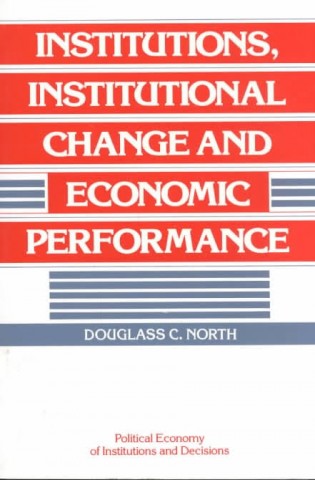 The role of institutions in development has becoming increasingly important, most notably in the recent works "Economic Origins of Dictatorship and Democracy" (2006) and "Why Nations Fail" (2012). Before these books, Basil Davidson wrote "The Black Man's Burden: Africa and the Curse of the Nation-State" (1992), which places a large emphasis on the role of institutions, their legacy, structure and formation. In is also a work that he writes offers the "conclusions of a lifetime" of experiences and study. Davidson writes "in this book I present in summary and perspective whatever wisdom I have gathered in these forty-odd years of African study" (p. 8).

The following offers some quotes that summarize his key arguments, but this is essential reading in full:

"Africa's crisis of society derives from many upsets and conflicts, but the root of the problem is different from these: different and more difficult to analyze. The more one ponders this matter the more clearly is it seen to arise from the social and political institutions within which decolonized Africans have lived and tried to survive. Primary, this is a crisis of institutions. Which institutions? To this the answer is easier. We have to be concerned here with the nationalism which produced the nation-states of newly independent Africa after the colonial period: with the nationalism that became nation-statism. This nation-statism looked like liberation, and really began as one. But it did not continue as a liberation. In practice, it was not a restoration of Africa to Africa's own history, but the onset of a new period of indirect subjection to the history of Europe. The fifty or so state of the colonial partition, each formed and governed as though their peoples possessed no history of their own, became fifty or so nation-states formed and governed on European models" (p. 10).

"The contrast with Japan after 1867 could really not be more accurate. Japan was able to accept "Westernization" on its own terms, at its own speed, and with its own reservations, ensuring as far as possible that new technology and organization were assimilated by Japanese thinkers and teachers without dishonor to ancestral shrines and gods. Japanese self-confidence would be salvaged. Such an outcome was impossible in dispossessed Africa. In retrospect, the whole great European project in Africa, stretching over more than a hundred years, can only seem a vast obstacle thrust across every reasonable avenue of African progress" (p. 42). In essence, the post-colonial efforts, by in large Davidson argues, faced and embraced an environment wherein the 'traditional' was ignored, considered backward and stagnant.

"At the outset of independence there had been a narrow gap in trust and confidence between the bulk of the population and the beneficiaries or leaders of anticolonial nationalism. The social aspects of the anticolonial struggle still retained primacy of influence over all those aspects concerned with nation-statist self-identification… Now, after ten or twenty years the gap has widened to an abyss: on one side, a great mass of resentful and impoverished rural people and, one the other, a small minority with quantities of wealth. Into that abyss there had plunged, more or less helplessly, the legitimacy and credit of the state which had allowed this gap to yawn." (p. 214-215). 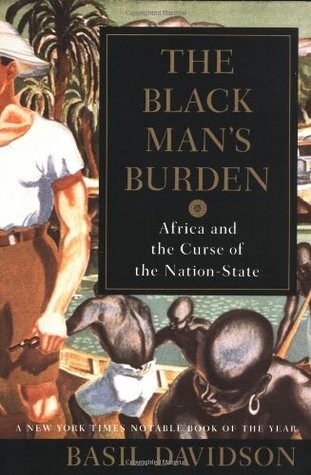 Start Date: January 2017 or as soon as possible

We are seeking candidates for two fully-funded Postdoctoral Research Associate positions. One position will be primarily supervised by Steve Maguire, Professor of Strategy & Organization in the Desautels Faculty of Management and Director of the Marcel Desautels Institute for Integrated Management. The other position will be primarily supervised by Gordon Hickey, Associate Professor in the Department of Natural Resource Sciences, Faculty of Agricultural and Environmental Sciences.

Essential Duties: The primary responsibilities of the post-doctoral fellows (PDFs) will be to conduct innovative research and outreach in collaboration with a diverse group of university scientists as well as their industry and government partners. The specific duties will include literature reviews; stakeholder liaison activities; project management; data collection, analysis and interpretation (via ethnographic, qualitative and/or quantitative methods, depending upon each PDF's interest and experience); report writing; and the preparation of manuscripts in cooperation with the supervisors. The successful candidates will also be responsible for training graduate students and contributing to the development of competitive research grants as needed.

Application deadline: 31 October 2016. Only short-listed candidates will be notified.

Acemoglu and Robinson's Why Nations Fail (2012) offers insight into why wealth and poverty exists (see post here). It also provides direction as to how more inclusive political and economic institutions are formed, which draws on their 2006 book, On the Origins of Democracy and Dictatorship. They open with a comment about the Arab Spring: "In this book we will argue that the Egyptians in Tahrir Square, not most academics and commentators, have the right idea. In fact, Egypt is poor precisely because it has been ruled by a narrow elite that have organized society for their own benefit at the expense of the vast mass of people." (p. 3) Towards the conclusion of the book, the idea of conflict is returned to: "Inclusive economic and political institutions do not emerge by themselves. They are often the outcome of significant conflict between elite resisting economic growth and political change and those wishing to limit the economic and political power of existing elites" (p. 332)

However, it has not only been violence and conflict:

They conclude not on the means, but the outcome: 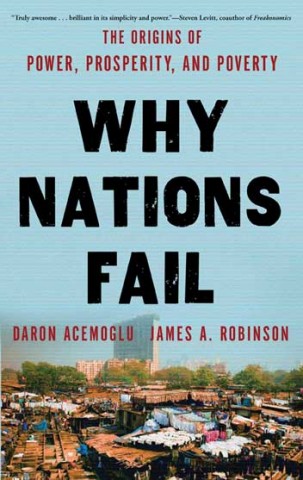