Shaykh Ahmadou Bamba lived from 1853 to 1927 in Senegal (excepting periods of exile), who was a religious leader and leader who opposed French colonization. His resistance took non-violent means and was a constant threat to the French. Kimball wrote a biography of Bamba, subtitled "A Peacemaker of Our Time" (2018). The book is not an academic work, for this post I highlight some of the notes on the colonial mindset in Senegal:

"The French believed that a vibrant Islam Would work against their "civilizing mission" [la mission civilisatrice} of spreading French culture in Senegal. Domination of the Senegalese people, therefore, became essential. Thus, a primary aim of Governor Faidherbe was to "pacify" Senegal and create "more enlightened and humane" institutions in the colony". (p. 43-44)

"... a major component of the French agenda was the assimilation of colonialized people via French language and culture through the creation of French schools. Other tenets of the agenda mandated the closing of pre-existing Muslim schools; undermining "primitive" cultures and dialects; controlling the land, the native manpower and political power; and alienating the local people culturally and linguistically." (p. 46)

"In trying to complete the French "civilizing work," Ponty, too, had, in 1908, made a directive to his lieutenant governors to prohibit further importation of Islamic chromo-lithographs. He was concerned with the spread of Islamic books and popular forms of artwork … Ponty thought that the publications and engravings might inspire maraboutic uprisings should be destroyed. He recognized the artwork as a "marvelous instrument of propaganda these thousands of rough engravings constitute here, [that are so] vivid in color and that present the defendants of the only true religion in the most favorable light." (p. 243-244) 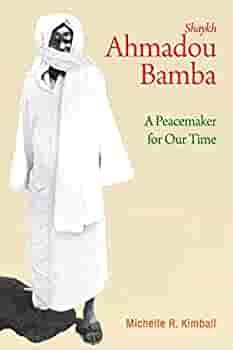 In 2017 Charles W. Mills brought together past work with more recent additions and reflections into the book "Black Rights / While Wrongs: The Critique of Radical Liberalism". For readers of The Racial Contract (1997), many of the key arguments will be familiar in this book. The author passed away in 2021, this book brings together much of his critical political and philosophical thought for those unfamiliar with his work. A few notes from the book:

"... the hope of redeeming liberalism by self-consciously taking this history into account: recognizing the historic racialization of liberalism so as better to deracialize it - thereby producing a color-conscious, racially reflexive, anti-racist liberalism on the alert for it's own inherited racial distortions. Abstract Platonized liberalism erases actual liberalism's racist history, a blinding white Form that, in pretending a colorlessness that it did not and does not achieve, obfuscates more that it illuminates. The problem is not abstraction as such but a problematic mode of idealizing abstraction that abstracts away from social oppression, and in that way both conceals its extent and inhibits the development of the conceptual tools necessary for understanding and dealing with its workings." (p. xv)

"The promise of liberalism was famously the granting of equal rights to all individuals, destroying the old social hierarchies and establishing a new social order where everybody, as an individual, could flourish, free of "estate" membership. But the reality turned out to be the preservation, albeit on a new theoretical foundation, of old hierarchies of gender and the establishment of new hierarchies of race. Thus the struggle to realize the liberal ideal for everybody and not just a privileged minority still continues today, centuries later. If this struggle is to ever be successful, a prerequisite must be the acknowledgement of the extent to which dominant varieties of liberalism have developed so as to be complicit with rather that in opposition to social oppression." (p. xxi)

"Racial liberalism, or white liberalism, is the actual liberalism that has been historically dominant since modernity: a liberal theory whose terms originally restricted full personhood to whites (or, more accurately, white men) and relegated nonwhites to an inferior category, so that it's schedule of rights and prescriptions of justice were all color-coded. Ascriptive hierarchy is abolished for white men but not for white women or people of color." (p. 31)

"Kant believed in a natural racial hierarchy, with whites at the top, and blacks and Native Americans ("savages") at the bottom. He saw the last two races as natural slaves incapable of cultural achievement, and accordingly (like an old time southern segregationist) he opposed intermarriage as leading to the degradation of whites. Ultimately, he thought, the planet would become all white." (p. 97)

"Unlike the current, more fashionable "white privilege," "white supremacy" implies the existence of a system that does not just privilege whites but is also run by whites for white benefit. As such it is a global conception, including not just the socio-economic but also the juridical, political, cultural, and ideational realms." (p. 117)

"... if a single textural (non-)reference could be chosen to summarize and epitomize Rawls' lack of concern about race it is the following startling fact: nowhere in these 2,000 pages on justice penned over five decades by the American philosopher most celebrated for his work on social justice is the most important American postwar measure of corrective racial justice - affirmative action - even mentioned. It is not merely that the concept is not discussed - even the term itself never appears. Such is the whiteness of Rawls' dikailogical world." (p. 147) 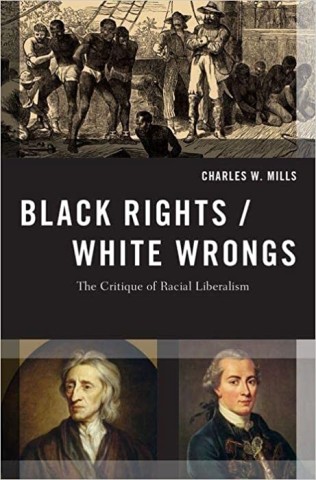 In seeking to democratize thinking about ethics, recent posts have covered Islamic perspectives on justice and equity, this book covers the Islamic perspective of dignity, from the book "The Dignity of Man: An Islamic Perspective" (1999) by Mohammed Hashim Kamali. A few notes:

"Islam's perception of human rights is not premised on the individual verses nation-state framework. The nation-state itself represents a superimposition which has little claim to authenticity in the authoritative sources of Islam, namely the Qur'an and Sunnah. The Qur'an and Sunnah lend support to the creation of a political order and leadership that takes charge of community affairs and administers justice. But the main actor and audience in all this is the individual, not the state." (p. xii)

"World cultures and traditions tend to differ not only in the value-content of human rights but in regard to many other variables that influence the place and priority that is given to those rights. The western tradition posits freedom in order mainly to avoid the outcome of a despotic of government, while Islam emphases virtue as a goal for both the individual and society. The west emphases individual rights and interests, while Islam gives priority to collective good in the event which the latter conflicts with the interest of the individual." (p. xv)

"Dignity in other words is not earned by meritorious conduct; it is an expression of God's favour and grace. Mustafa al-Sibai and Hasan al-Ili have similarly remarked that dignity is a proven right of every human being regardless of color, race or religion. Ahmad Yusri has drawn the conclusion that 'dignity is established for every human being at the moment of birth'. Sayyid Qutb has similarly stated that dignity is the natural light of every individual. The children of Adam have been honored not only for their personal attributes or status in society, but for the fact that they are human beings." (p. 1-2)

"It is a basic right of all human beings to live a life of dignity, complemented by peace and comfort and the freedom to pursue what brings them happiness and perfection through all lawful means. A Muslim only worships God as his sole creator and sovereign and humbles himself to no one else. The creation and enjoyment of beauty, good health and a clean environment are seen as complementary to the defined lifestyle of Islam." (p. 8)

"Another manifestation of the dignity of man in Islam is its insistence on the essential equality of every member of the human race. All are equal in the eyes of God regardless of race, color and religion. No man has a claim to superiority over another, and there is no recognition in Islam of a class or caste system, a superior race, or a chosen people or any related concept. Man's inherent dignity is sacrosanct and the only ground of superiority is recognized in the Qur'an is God-consciousness [taqwa]" (p. 45)

"Islam's perception of human dignity is predicated on the unity of the origin of mankind, and its basic quality in regard to the essence of humanity, rights and obligations." (p. 102) 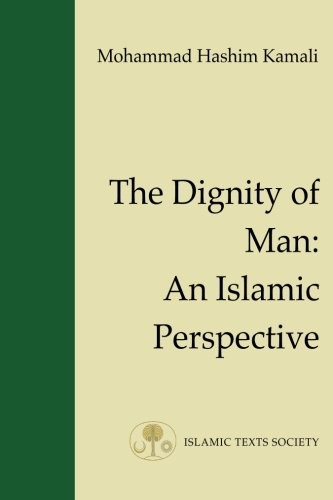 Sustainable Qatar: Social, Political and Environmental Perspectives
Available here: https://link.springer.com/book/10.1007/978-981-19-7398-7
Abstract: This open access book provides a topical overview of the key sustainability issues in Qatar, focusing on environmental sustainability from a socio-political perspective. The transition to a sustainable Qatar requires engagement with diverse areas of social-political, human, and environmental development. On the environmental aspects, the contributors address climate change, food security, water reuse and desalination, energy, and biodiversity. The socio-political section examines state strategy and regulation, the place of environmental law and geopolitics and sustainability innovators and catalysts. The human section considers economics, sustainability education, the knowledge economy, and waste management. In doing so, the book demarcates the ways in which the country encounters and grapples with significant challenges and delves into the range of options for future pathways to sustainability in Qatar. Relevant to policymakers and scholars in energy and environment, urban and developmental studies, as well as the arenas of politics, climate change and policy, this book is a landmark collection on environmental policy in the Gulf and beyond.
DOI: https://doi.org/10.1007/978-981-19-7398-7 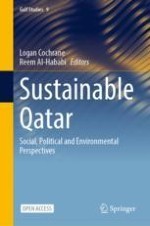