Talking with undergraduate and graduate students has led me to believe that fewer people are investing their time in books. Wikipedia provides the long version, and Twitter keeps us up to date. One important thing that we have lost, in development studies and generally, is a more grounded understanding of where ideas came from and how they developed over time (beyond that Wiki link). In the practice of international development, I believe this is part of the reason we tend to see ideas be recycled (it appears we are not passing those lessons learned on very well). Hence, this series of "Thought Provoking" quotes from books. These posts may not encourage readers to pick up the books discussed, but I hope they broaden our vision of what knowledge is available to us.

This posts presents an essential read in development economics: The Mystery of Capital: Why Capitalism Triumphs in the West and Fails Everywhere Else (2000) by Hernando de Soto: 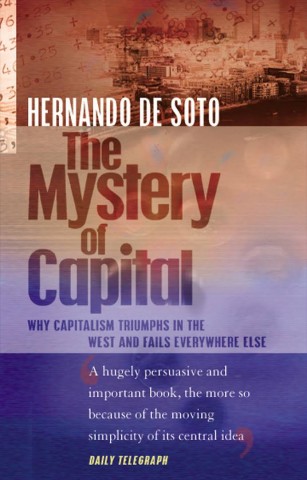 An Introduction to International Development

Kicking Away the Ladder