An essential read, whether you are in development studies, anthropology or medicine, is Paul Farmer's Infections and Inequalities (1999). "This book examines inequalities in the distribution and outcome of infectious diseases. It asks why people like Annette Jean and her siblings are likely to die of infections such as tuberculosis and AIDS and malaria, while others are spared this risk. It explores the creation and maintenance of such disparities, which are biological in their expression but are largely socially determined" (p. 4). Parts of the book reflect the moment(s) in which it was written, much of it offers insight that will apply well beyond the specifics of drug resistant TB and HIV treatment in the 1990s. In re-reading this book I am struck by the passion that comes through the pages, a powerful voice driven by a strong sense of social justice. He writes: "Our challenge, therefore, is not merely to draw attention to the widening income gap, but also to attack it, to dissect it, and to work with all our capacity to reduce this gap" (p. xxvi) and that only "by struggling for higher standards for the destitute sick will we avoid another unappealing role – that of academic Cassandras who prophesy the coming plagues, but do little to avert them" (p. xxviii).

Opposition to offering high-cost treatment in developing countries, Farmer argues, "may be justified as 'sensible' or 'pragmatic,' but as a policy it is tantamount to the differential valuation of human life, for those who advocate such a policy, regardless of their nationality, would never accept such a death sentence themselves" - it is only because the "victims tends to be poor, and thus less valuable, that such policies appear reasonable" (p. 278). He writes, "it slowly became clear to me that I'd been taken in by some of the pieties of development work. Talk of "appropriate technology" and "sustainability" had sounded good to me, at least initially. The problem was that these sounded silly, even sinister, to the landless peasants with whom I worked" (p. 21).

"Market utilitarianism" Farmer writes, "is a strange beast, since it seems to permit all sorts of inefficiencies as long as they benefit the right people – namely the privileged… confident claims about what is cost effective and what is not should be viewed with some suspicion" (p. xxiv). Another of the justifications is not imposing "standards of care" upon others, the "irony of which will not be lost on those whose experiences are described in this book. Americans may impose – through the World Bank or the International Monetary Fund, say, or through foreign policy writ large – social and economic policies that drive up inequalities, leaving the destitute sick out of the frame of analysis. But heaven forfend that we should require that the Third World poor be subjected to "culturally inappropriate" medical standards" (p. 35). Throughout the book Farmer deconstructs this discourse as illogical and "morally unsound" (p. 278).

Farmer wages a critique against the emphasis upon individual agency, one which remains valid in 2016: "In each of the sociomedical studies I have critiqued, a well-intentioned effort to incorporate the patients points' of view has served, paradoxically, to shift the blame onto the sick-poor by exaggerating their agency" (p. 254). In doing so, programs offer 'culturally sensitive education' and through "this cognitivist legerdemain, we have expediently moved the locus of the problem – and this the focus of the interventions – away from certain features of an inegalitarian society toward the women deemed "at risk"" (p. 86).

On the gendered experience: 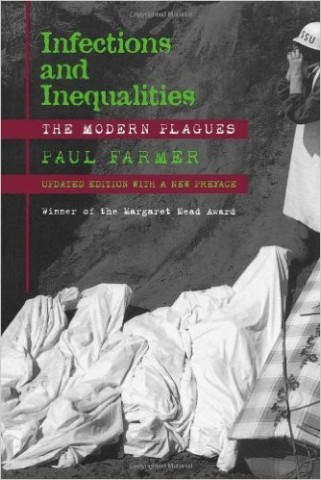