Mahmoud Mamdani should be on every essential reading list, whether that is African Studies (with When Victims Become Killers), colonialism and colonization (with Citizen and Subject) or political science (with Good Muslim, Bad Muslim). For anyone interested in Rwanda, the genocide, colonization and identity, When Victims Become Killers (2001) is required reading. A detailed history presents a different picture than what was common until this work, which broadened our vision to politics and identity (adding to what was tend a discourse largely focused upon culture and economics). The book can be heavy reading for those not familiar with the country, or not ready to take a deep historical dive. The weight of the arguments rest in this detail.

I will not attempt a review of the book. Parts of it are available via Google Books and a chapter-by-chapter summary is available. A few notes:

In terms of motivations and context, Mamdani explains his "growing discontent with the methodological underpinnings of area studies. The area studies enterprise is underpinned by two core methodological claims. The first sees state boundaries as boundaries of knowledge, thereby turning political into epistemological boundaries. Even when radical area studies linked developments in the colony to those in imperial centers, it did not cross boundaries between colonies. It soon became clear to me that just because the genocide took place within the boundaries of Rwanda, it did not mean that either the dynamics that led to it or the dynamics it unleashed in turn were confined to Rwanda." (p. xii)

On politics: "If Rwanda was the genocide that happened, then South Africa was the genocide that didn't. The contrast was marked by two defining events in the first half of 1994: just as a tidal wave of genocidal violence engulfed Rwanda, South Africa held elections marking the transition to a postapartheid era. More than any other, these twin developments marked the end of innocence for the African intelligentsia. For if some seer had told us in the late 1980s that there would be a genocide in one of these two places, I wonder how many among us would have managed to identify correctly its location. Yet, this failure would also be testimony to the creative - and not just the destructive - side of politics." (p. 185)

On the Church: "Herein lies the clue as to why the violence was marked by a greater fury in the Church than in any other institution in Rwandan society. The Church was the original ethnographer of Rwanda. It was the original author of the Hamitic hypothesis. The Church provided the lay personnel that permeated every local community and helped distinguish Hutu from Tutsi in every neighbourhood: without the Church, there would have been no 'racial' census in Rwanda. At the same time, the Church was the womb that nurtured the leadership of the insurgent Hutu movement. It provided the intellectual and organizational backup for this movement, from talent as ghostwriters to funding for the cooperative movement which oiled the tentacles that ran through Rwandan society like so many arteries through a body politic." (p. 232)

On nation-state solutions: "Those who still think consistently along "nation-state" lines call for a separation of present-day Rwanda into two political entities, one a Hutuland, the other a Tutsiland - or some version of this proposal. The proposal will not solve the problem of a minority in the context of a nation-state. It will only ensure a balance by reproducing the problem. Since it will produce two states out of one - a Hutuland with a Tutsi minority and a Tutsiland with a Hutu minority - it will allow each identity to be a permanent majority in one state while being held hostage as a permanent minority in the other. The idea is that the majority which wishes fair treatment for its cultural brethren who are a minority in another state will have no choice but to treat fairly cultural others who are a minority within its own borders. By institutionalizing Hutu and Tutsi as political identities in the state, the solution makes permanent the civil war between them." (p. 264) 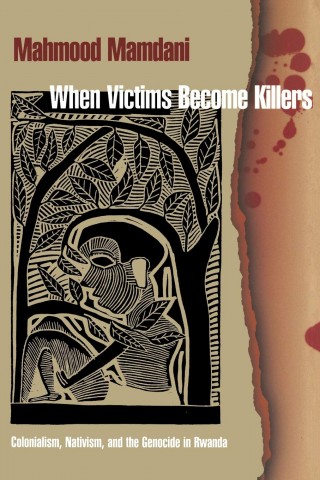