One of Sontag's classic works is "Regarding the Pain of Others" (2003). It is a short book, almost an essay length, on the depiction of pain through photography. Part history, part critical reflection. Few notes:

"nonstop imagery (televisions, streaming video, movies) is our surround, but when it comes to remembering, the photograph has the deeper bite. Memory freeze-frames; its basic unit is the single image. In an era of information overload, the photograph provides a quick way of apprehending something and a compact way for memorizing it. No object is more equated with memory than the camera image. The photograph is like a quotation, or a maxim or proverb. Each of us mentally stocks hundreds of photographs, subject to instant recall." (p. 17)

"Photographs had the advantage of uniting two contradictory features. Their credentials of objectivity were inbuilt. Yet, they always had, necessarily, a point of view. They were a record of the real – incontrovertible, as no verbal account, however impartial, could be – since a machine was doing the recording. And they bore witness to the real – since a person had been there to take them." (p. 21)

"People can turn off not just because a steady diet of images of violence has made them indifferent but because they are afraid. As everyone has observed, there is a mounting level of acceptable violence and sadism in mass culture: films, television, comics, computer games. Imagery that would have had an audience cringing and recoiling in disgust forty years ago is watched without so much as a blink by every teenager in the multiplex. Indeed, mayhem is entertaining rather than shocking to many people in most modern cultures." (p. 87-88) 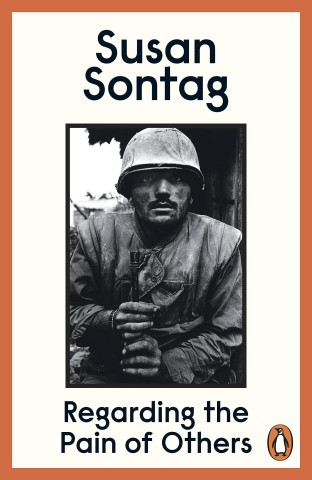