Saul Alinsky was one of the most influential community organizers, activists and rabble-rousers of his time (1909-1972). His most well known work is "Rules for Radicals: A Pragmatic Primer for Realistic Radicals" (1971). The book provides a wealth of interesting examples of community organizing, these stories and experiences make the book well worth the read, as do Alinsky's reader-friendly approach of having various lists of rules and principles to work with. He begins his work by situating his approach:

About his book he says that: "What follows is for those who want to change the world from what is it to what they believe it should be. The Prince was written by Machiavelli for the Haves on how to hold power. Rules for Radicals is written for the Have-Nots on how to take it away" (p. 3). Alinsky deals with ethics (means and ends) and terminology (power, self-interest), without delving theory but focusing upon his experiences. The fourth chapter turns to the education of an organizer, which includes a list of traits and descriptions, as well as this interesting aside:

About community organization, he writes:

On participation, he explains:

In the middle class: 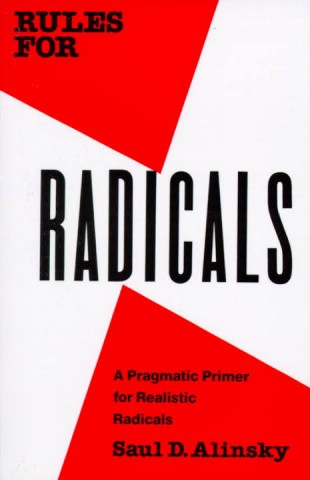 War and Democracy in the Age of Empire

On "peasants" and GMOs