Peter Uvin's "Aiding Violence: The Development Enterprise in Rwanda" (1999), should be read by all students, practitioners and scholars of development studies. The book offers unique perspectives on the linkages between development activity and politics, power, exclusion, marginalization and processes that generally counter the objectives of the development enterprise, and specifically the Rwandan genocide.

The book opens forcefully with the statement that: "Almost none of the foreign experts living and working in Rwanda expected the genocide to occur or did anything to stop it from happening" (p. 2), and "the way development was defined, managed, and implemented was a crucial element in the creation and evolution of many of the processes that led to genocide" (p. 3). This is because "the way development (aid) is defined and implemented interacts with processes of elite reproduction, social differentiation, political exclusion, and cultural change" (p. 6).

Yet, Uvin recognizes the limitations of such broad, general claims: "Another problem is that this book describes the development aid system at large and therefore generalizes and simplifies. It is likely that for any statement I make, there have been agencies and people who acted or thought differently. Any statement about "the development enterprise" is bound to do injustice to some people and organizations. The same holds true, for that matter, for statements about "farmers," "politicians," "Hutu," or "Tutsi." (p. 9).

The international community, Uvin argues, was blind to the processes that led to the genocide: "In its "soft" version – that Rwanda underwent a social revolution and its regime truly represents the masses – there were almost no dissenters internationally. If one reads, for example, project documents, policy statements, and analyses by foreign aid agencies or their employees, one is surprised to find, over and over again, an uncritical acceptance of the merits of the social revolution and the representative nature of the state" (p. 27). Even when racism, ethnic differentiation and marginalization were directly and indirectly apparent "no aid agency has ever pushed the government to change these policies. Alison des Forges, one of the foremost American specialists on the Great Lakes region and a human rights activist (working for Africa Watch), bitterly laments the fact that all foreign aid agencies accepted the continuation of the ethnic IDs and did not pressure the government to abandon them – not even in 1992, when it became clear that they were being employed to target Tutsi for harassment and extermination" (p. 37). Exclusion "was embedded in the functioning of society" in social, regional and ethnic levels, and "it comes as no surprise that exclusion was deeply ingrained in the processes of so-called development (p. 118). "Development aid strengthens processes of exclusion both directly, through its own behaviors, and indirectly, through its acquiescence and implication in other actors' behaviors" (p. 153).

False attacks were utilized to fuel national and international sentiment against Tutsi people, including an all-night attack on Kigali in 1990, staged by the army, and again in 1991, both of which justified mass imprisonment (p. 63-64). At the same time, the trendy and innovative approaches in the development community prioritized governmental ownership and control of aid resources (p. 88), yet Uvin wonders if these policies "reflected any understanding of the disintegration of Rwandan society and its structures of governance" (p. 89). Aid agencies could not, Uvin argues, claim ignorance. "All aid agencies, from headquarters in Western capitals to local offices, were aware of the rapid deterioration of Rwanda's human rights record (from already low levels) and of the rise in racism and violence; similarly, all development experts were daily confronted at the personal level with the fear, hatred, and insecurity that characterized daily life in Rwanda in the 1990s. None of them, though, felt that the development assistance mission ought to be, or could be, fundamentally rethought" (p. 94). Uvin wonders if it really needed to take a genocide to understand that development could not take place without peace, justice, civil society, human rights and conflict resolution (p. 100). 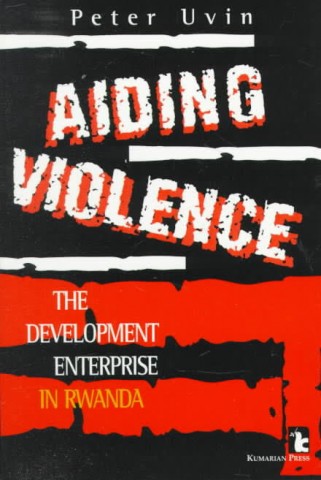 The World Bank and Struggles for Social Justice