Building on a PhD project, Adom Getachew's "Worldmaking After Empire: The Rise and Fall of Self-Determination" (2019) explores the ways some leaders and struggles for freedom and dignity were engaged beyond nation-building (of what would become the independent country) but also worldmaking as they engaged with international systems (economic, legal, political). A few notes:

"The nationalist movement and postcolonial state would combat the economic, political, and moral-psychological forms of colonial dependence through an expansion politics of postcolonial citizenship. The nation-building project, however, was insufficient in a context where dependence also characterized the new nation's condition in the international order. The hoisting of national flags and signing of national anthems - the mere transfer of power - left intact the economic and political position of new states. Decolonization understood as a revolutionary project thus required remaking the international order that sustained relations of dependence and domination. Nation-building was to be situated and realized through worldmaking." (p. 17)

"Ethiopia's membership in 1923 thus provides a clear picture of what. I have described as unequal integration. Rather than denying Ethiopia membership for having failed to meet the standards of statehood, inclusion within international society overcame the earlier problem of league jurisdiction and enlisted consent to inaugurate a program of international oversight. The system of oversight was designed to discipline and civilize Ethiopia so that it could raise itself to the ranks of other member states. Membership thus became mandation by other means. The result was an unequal and burdened form of membership. In this way, the expansion of international society and the entrenchment of international hierarchy went hand in hand." (p. 58)

"Part of the task of this book has been to show that even instances that appeared as moments of closure—first the decline of interwar internationalisms and the consolidation of a system of nation-­states, and later the political and economic limits of the postcolonial state—­were occasion for reformulating the contours of an anti-­imperial future and enacting new strategies to realize this vision. On this view, the fall of self-­determination marks not only a dead end but also a staging ground for reimaging that future. In the Black Atlantic world, from which the worldmakers of this book emerged, intimations of a new language are afoot in the Movement for Black Lives, the Caribbean demand for reparations for slavery and genocide, and South African calls for a social and economic decolonization. Like the worldmakers of decolonization, these political formations have returned to the task of rethinking our imperial past and present in the service of imagining an anti-­imperial future." (p. 181) 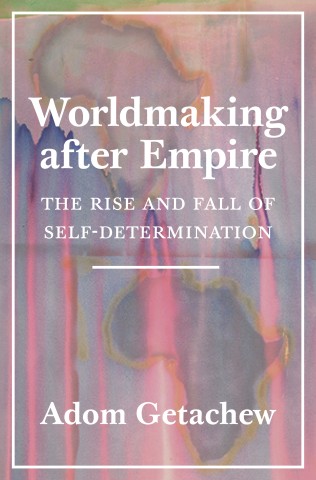