Who Really Feeds the World

Vandava Shiva was one of the earliest challengers to corporate control of food and the food system. In her most recent book, "Who Really Feeds the World: The Failures of Agribusiness and the Promise of Agroecology" (2016), Shiva continues the activism. While I am generally in agreement with the positions advocated in the book, it is a frustrating read from an academic perspective. Many stats and claims are mentioned without references (I found well over 50 without references), some sources that are listed are decades old and no longer reflect the current situation, some arguments are value-driven and emotionally-based as opposed to supported by evidence, there is an undertone of a doomsday narrative with a binary with-me or against-the-world positioning, and there is a strong romanticism for the past that most historians would suggest does not reflect reality. While believers in the message may not find these to be critical problems, this book will likely not reach beyond its echo chamber because of these problems.

A few notes from my reading:

Shiva sets forth directions for the way forward, in summary: 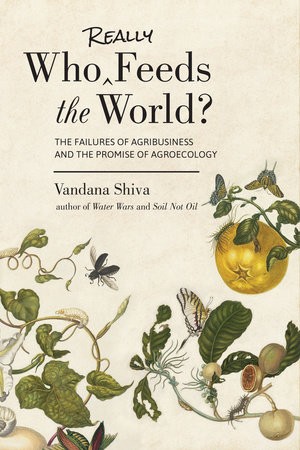