"The Ghost Map: The Story of London's Most Terrifying Epidemic - And How It Changed Science, Cities, and the Modern World" (2006) by Steven Johnson is the story of cholera in Victorian London and how germ theory emerged. The book is well written, conveyed through the key figures involved, and enjoyable. The author weaves in the macro and with the micro, such as urbanization, and towards the end speaks of germ warfare (amongst other threats). Not an academic work, an interesting read during a time of pandemic.

One random note on the connection between diet and change: "The dramatic increase of people available to populate the new urban spaces of the Industrial Age may have had one other cause: tea [amongst others mentioned]. The population growth during the first half of the eighteenth century neatly coincided with the mass adoption of tea as the de facto national beverage... Brewed tea possesses several crucial antibacterial properties that help ward off waterborne diseases: the tannic acid released in the steeping process kills off those bacteria that haven't already perished during the boiling of the water. The explosion of tea drinking in the late 1700s was, from the bateria's point of view, a microbial holocaust. Physicians observed a dramatic drop in dysentry and child mortality during the period." (p. 94-95) 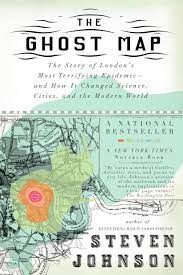