If you have been following the problematization of social media over the years, the stories in "War in 140 Characters: How Social Media is Reshaping Conflict in the Twenty-First Century" (2017) by David Patrikarakos might not be all that surprising. For those who are interested in how these processes actually take place - beyond the headlines, abstract or theory - the author presents some insightful qualitative examples, from multiple perspectives on the war fronts.

"This book is about war. But it is also about stories, the narratives of conflict and the conflict of narratives" (p. 3) writes the author. While some aspects of war and conflict remain the same, Patrikarakos argues that we "are in need of a new conceptual framework that takes into account how social media has transformed the way that wars are waged, covered, and consumed. (p. 5). How has conflict actually changed? "First, power has shifted from hierarchies or institutions to individual citizens and networks of citizens. Second, the narrative dimensions of war are arguably becoming more important than its physical dimensions. And third, the conflicts I am examining were not "traditional" state-on-state wars" (p. 5). The conclusion? "Our information environment is sick. We live in a world where facts are less important than narratives, where people emote rather than debate, and where algorithms shape our view of the world" (p. 264).

One of the most interesting examples I found in the book was how the "troll factory" actually operates and its objectives. "The goal was twofold. The first was to shore up the Kremlin's own constituency by giving them a narrative to hold on to and subsequently disseminate. The second, more bemusing to him, was to simply sow as much confusion as possible: to counteract the realities on the ground with counternarratives made forceful not by the strength of their content, which was blatantly false, but by their sheer volume" (p. 144).

Other problems of social media - on echo-chambers and cocoons: "As we cocoon ourselves in online bubbles of like-minded friends and followers posting content we find agreeable, so the Facebook algorithm feeds us yet more content that, based on our online habits, it calculates we will like. This is designed to keep us on their forums for as long as possible to allow companies to advertise specific products to us users based on what they know we like." (p. 12) 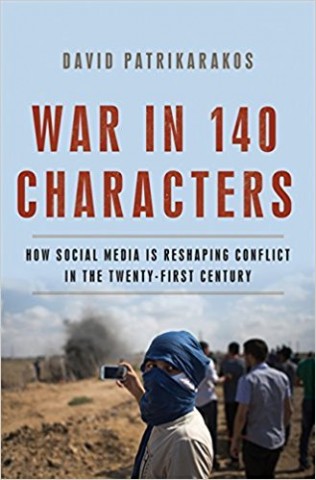