What are the ways in which research approaches and methodologies replicate colonial attitudes and processes? In "Decolonizing Methodologies: Research and Indigenous Peoples" (1999), Linda Tuhiwai Smith makes these ways clear, while also presenting new pathways for research – not simply a decolonization of research, but a reformation of research that is embedded within a broader struggle about reclaiming control over knowledge and ways of knowing. Despite being written nearly two decades ago, the book remains highly relevant, particularly for graduate students and researchers.

The book starts out powerfully: "the term 'research' is inextricably linked to European imperialism and colonialism. The word itself, 'research', is probably one of the dirtiest words in the indigenous world's vocabulary. When mentioned in many indigenous contexts, it stirs up silence, it conjures up bad memories, it raises a smile that is knowing and distrustful. It is so powerful that indigenous people even write poetry about research. The ways in which scientific research is implicated in the worst excesses of colonialism remains a powerful remembered history for many of the world's colonized peoples." (p. 1). The first half of the book continues to advance a critique of research. The second half presents research projects that were emerging at the time of writing, and a list of twenty five 'projects' indigenous people are engaged in. Due to the more context specific nature of the second half, this post focuses on the critical examination of research.

The problem with research is not historical, or the past experience of poor practice. Smith explains that research "within the late-modern and late-colonial conditions continues relentlessly and brings with it a new wave of exploration, discovery, exploitation and appropriation. Researchers enter communities armed with goodwill in their front pockets and patents in their back pockets, they bring medicine into villages and extract blood for genetic analysis. No matter how appalling their behaviors, how insensitive and offensive their personal actions may be, their acts and intentions are always justified as being for the 'good of mankind'. Research of this nature on indigenous peoples is still justified by the ends rather than the means, particularly if the indigenous people concerned can still be positioned as ignorant and undeveloped (savages)" (p. 24-25). Furthermore, even when exploitation is not explicit, there is also "a cultural orientation, a set of values, a different conceptualization of such things as time, space and subjectivity, different and competing theories of knowledge, highly specialized forms of language, and structures of power" (p. 42), which act to reinforce the dominance of one way of knowing over another.

Not only are the means problematic, but also the assumptions about what knowledge and evidence lead to. "For many people who are presently engaged in research on indigenous land claims the answer would appear to be self-evident. We assume that when 'the truth comes out' it will prove that what happened was wrong or illegal and that therefore the system (tribunals, the courts, the government) will set things right. We believe that history is also about justice, that understanding history will enlighten our decisions about the future. Wrong. History is also about power. In fact history is mostly about power. It is the story of the powerful and how they became powerful, and then how they use their power to keep them in positions in which they can continue to dominate others. It is because of this relationship with power that we have been excluded, marginalized and 'Othered' (p. 34). 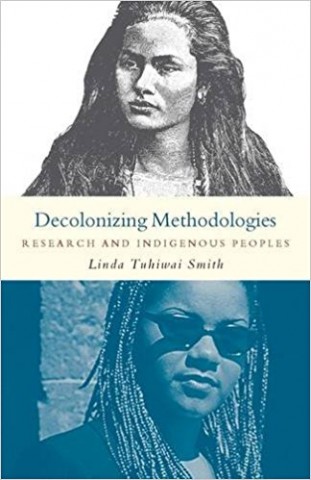 Received ethics approval from your home institution or organization to conduct your research overseas? Great. However, that is insufficient. Authorities in the country where you plan to conduct research have a legal and ethical right to approve the research you plan to conduct in their country. In addition to abiding by legal requirements, researchers ought to respect peoples' right to be protected from unethical research, for whom your home institution or organization has very little practical legal responsibility. If you are a graduate student conducting research, or a professor approving students to conduct research overseas, obtaining ethics consent from national authorities is highly recommended, and should be mandatory. If this is not a standard requirement at your home institution, you should advocate that it become so. The process can slower than ideal. And, it can be frustrating. That, however, does not mean ethics approval from national authorities is not important.

Many academics in my network who have conducted research in Ethiopia have not obtained approval from national authorities. One of the biggest challenges they face is not knowing who to ask and what to do (as well as relying on approval from their home institution as being sufficient). Here is a brief overview of the processes I used to obtain ethics consent from the Government of Ethiopia.

Based on my experience in Ethiopia, there are three ways to obtain ethics consent, each of which have unique requirements. In brief: (1) via the Federal authorities, (2) via the respective regional-state authority, and (3) via an Ethiopian university. Each will be explored below, as it related to my own research (however you may need to interact with different ethical bodies depending on the focus of your research):