This is the first of a series of posts on (translated) works by Alexander Dugin, a Russian philosopher who is suggested to have significant (in)direct influence over the way Putin sees the world. The first book explored in this series is "The Fourth Political Theory", written in 2009 and translated in 2012. Much has been said about Dugin; this book is his effort to outline a fourth political theory, different from fascism, communism, and liberalism. The book starts a discussion, often done in opposition or in contrast to existing positions within other theories but is less explicit about its own new stances (although the author might disagree, it seems a re-positioning of ideas within existing constellations of ideas as opposed to a new theory per se). Some notes:

"Tradition (religion, hierarchy, family) and its values were overthrown at the dawn of modernity. Actually, all three political theories were conceived as artificial ideological constructions by people who comprehended, in various ways, 'the death of God' (Friedrich Nietzsche), the 'disenchantment of the world' (Max Weber), and the 'end of the sacred'. This was the core of the New Era of Modernity: man came to replace God, philosophy and science replaced religion, and the rational, forceful, and technological constructs took the place of Revelation." (p. 25)

"What the "Fourth Political Theory" is in terms of negation is now clear. It is neither fascism, nor communism, nor liberalism. In principle, this kind of negation is rather significant. It embodies our determination to go beyond the usual ideological and political paradigms and to make an effort in order to overcome the inertia of the clichés within political thinking." (p. 35)

"Instead of the idea of the monotonic process, progress, and modernization, we must endorse other slogans directed toward life, repetition, the preservation of that which is worth preserving and changing that which should be changed. Instead of modernization and growth, we need the direction of balance, adaptability, and harmony. Instead of moving upward and forward, we must adapt to that which exists, to understand where we are, and to harmonize socio-political processes." (p. 65)

"People have become the contemplators of television, they have learned how to switch channels better and faster. Many of them don't stop at all, they click the remote control and it's already not important what is on TV – is it actors or news. The spectators of Postmodernity don't understand anything at all in principle of what is going on. It's just a stream of impressive pictures. The spectator gets used to microprocesses, he becomes a "subspectator" that watches not the channels or programmes but separate segments, the sequences of programs." (p. 84)

"The American century is thought of as a remelting of the existing world order into a new one, built up on strictly American patterns. This process is conditionally called "democratization", and it is directed to a few concrete geopolitical enclaves that are in the first place problematic from the point of view of liberalism. In this way, there came to be the projects of "the Great Middle East", "Great Central Asia" and so on. The meaning of them all consists in the uprooting of inertial national, political, economic, social, religious and cultural models and their replacement by the operational system of American liberalism." (p. 149) 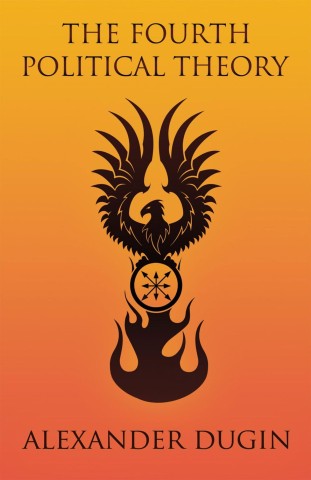 War and Democracy in the Age of Empire

This "thought provoker" presents views on political philosophy and democracy from Hardt and Negri's "Multitude: War and Democracy in the Age of Empire" (2004). Some have criticized the book as lacking concrete data to support its claims, however it is essentially a work of philosophy, and thus that is necessarily expected of it. For those interest in democracy and democratic processes, this book is an important one to read.

On the multitude and political action:

To reform or revolt?

On sovereignty and democracy: 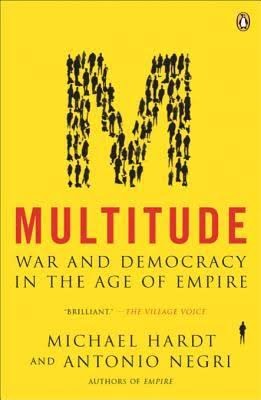