Equity and Fairness in Islam

One of the courses I have taught across three continents is ethics. Most textbooks (nearly all) are exclusively eurocentric (other than brief nods to other peoples and traditions existing). An interesting conversation we have in class is engaging with how different ethical theories consider equality and equity. In "Equity and Fairness in Islam" (2005) by Mohammad Hashim Kamali provides a useful (albeit legalistic) perspective from Islamic ethics. A lengthy set of notes for interested students in particular:

"there are basically two types of istihsan namely analogical istihsan and exceptional istihsan. The former consists of a departure from obvious analogy [qiyas jali] to a hidden analogy [qiyas khafi], whereas the latter consists of making an exception to the normal rules of Shari'ah in particular cases. In both eventualities, the jurist relies on his personal opinion [ra'y] and carries out ijtihad on that basis for the purpose of avoiding the rigidity and hardship that are feared from strict conformity to existing law." (p. 76)

"The origins of istihsan can clearly be traced back to the Companions especially the decision of the Caliph 'Umar al-Khatab to postpone the prescribed punishment of theft during the year of famine on the ground that applying the normal rules under such conditions would fail to obtain justice and may even amount to oppression. The Caliph is also on record as having made two different decisions concerning a case of inheritance, known as al-mushtarakah [discussed below], the second of which set aside the normal rules of inheritance and provided a solution that seemed equitable and just under the circumstances. The facts of these decisions leave little doubt as to the historical origins of istihsan." (p. 17)

"Another example is when someone sees a goat that is without its owner and has suffered an injury that is likely to cause its death, and with a view to prevent its loss, the observer slaughters it at his own initiative without the owner's permission. The normal rules would make him liable for consumption by the owner, but not liable under the rules of istihsan based on maslahah." (p. 41)

"The juridical meaning of istihsan reflects its literal meaning in that the term refers to juristic preference, exercised by a qualified jurist and mujtahid, consisting of departure from an existing rule or principle of the law in a particular case, in favor of a different ruling that is considerably preferable." (p. 11)

"istihsan has equally strong grounds of identity with the masajid it should, in fact be evident from our discussion of istihsan throughout this presentation that the evidential basis, rational and purpose of istihsan are almost identical with those of masajid al- Shari'ah. Istihsan can thus be seen as an instrument of consolidation that can link up the major themes of the usul and the masajid into an organic unity." (p. 123-124)

"the Hanafi, Maliki and Hanbali jurists have considered istihsan a valid proof, the Shafai, Zahiri and Shi'i 'ulama' have rejected altogether and refused to give it any credibility in their formulation of the legal theory of the 'usul al fiqh'." (p. 5) 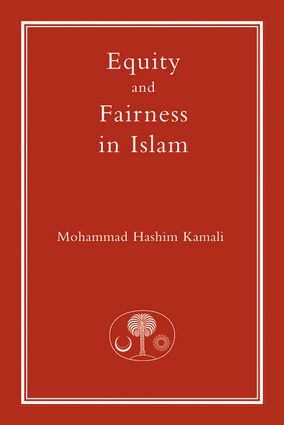