Mahmood Mamdani has written a number of essential reading books, including When Victims Become Killers, as well as Citizen and Subject and Neither Settler Nor Native (reviews on those to come in future posts). Define and Rule: Native as Political Identity (2012) is the W. E. B. Du Bois lectures, presented in three chapters (Nativism: The Theory, Nativism: The Practice, Beyond Settlers and Natives). As lecture notes, this is a relatively short book, of 154 pages in a small size book. Nonetheless, an interesting read, and particularly interesting to see Mamdani's ideas develop from this 2012 book until his 2020 book (Neither Settler Nor Native). A lecture on the book is available here. A few notes:

"Nick Dirks has rightly argued that anthropology supplanted history as the principal colonial modality of knowledge and rule after 1857, creating an ethnographic state in late-nineteenth and early-twentieth century India. Having characterized colonized societies as stationary, all efforts were invested in containing social change in these societies - and justifying it as protection of vulnerable minorities." (p. 30)

"Before managing difference, colonial power set about defining it. Nick Dirks called this "the ethnographic state," which wielded the census not only as a way of acknowledging difference but also as a way of shaping, sometimes even creating, difference. The focus of colonial power, after 1857, was to define colonial subjectivity. Thus I have titled this book: Define and Rule." (p. 44)

"With races, the cultural difference was not translated into separate legal systems. Instead, it was contained, even negotiated, within a single legal system and was enforced by a single administrative authority. But with tribes, the case was the opposite: cultural difference was reinforced, exaggerated, and built up into different legal systems, each enforced by a separate administrative and political authority. In a nutshell, different races were meant to have a common future; different tribes were not. The colonial legal project - civil and customary - was an integral part of the colonial political project." (p. 48-49)

"Did tribe exist before colonialism? If we understand by tribe an ethnic group with a common language, it did. But tribe as an administrative entity that distinguishes between natives and non-native and systematically discriminates in favor of the former and against the latter - defining access to land and participation in local governance rules for settling disputes according to tribal identity - certainly did not exist before colonialism. One may ask: did race exist before racism? As differences in pigmentation, or in phenotype, it did. But as a fulcrum for group discrimination based on "race" difference, it did not." (p. 73)

"In an era when it was fashionable to think of violence as the way to "smash the colonial state," Nyerere taught otherwise: first, that the backbone of the colonial state and its legacy was no the army and the police but its legal and administrative apparatus, and that it required political vision and political organization - not violence - to "smash" these. The creation of a substantive law from multiple sources - precolonial life, colonial modern form of the state, and anticolonial resistance - and the establishment of a single and unified law-enforcing machinery meant that every citizen in mainland Tanzania was governed on the basis of the same set of rules, enforced by a single court system. Here, I intend to focus on Nyerere's seminal achievement: creating an inclusive citizenship and building a nation-state." (p. 107-108) 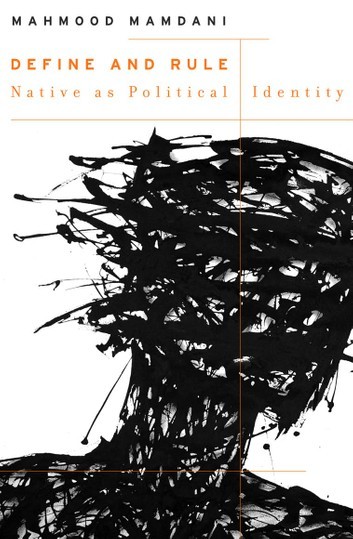