In many of my critiques of books written about Qatar I have focused on the almost exclusive reliance upon the British colonial record for history making, despite other sources being available (notably Ottoman records in that case). I was directed to an interesting translation of a travel dairy of an Ottoman dignitary, sent by the Sultan, to meet with Menelik II to explore anti-colonialist alliances in Ethiopia in the years following the Ethiopian defeat of Italy in their attempted colonization of the country. The travel took place in 1904, and draws on Turkish and Arabic source material, and was translated in 2021 as "The Ethiopia Book of Travels". The book is largely a record of travel logistics and experiences along the road. Nonetheless, this is one of many examples where source material democratization can help with the decolonization of history making.

A contextual note about the book: "The Ethiopia Book of Travels takes you to June 1904 to accompany Sadik Pasha on a mission for sultan Abdulhamid II to go before emperor Menelik II, the ruler of Ethiopia. One of the three missions to Africa by Sadik Pasha to counter the scramble for Africa by West European powers, this volume should be considered a companion to Journey in the Grand Sahara of Africa, republished with contributions from his descendants in Journey in the Grand Sahara of Africa and Through Time." (p. vii)

An interesting reflection on modernity, as it was in 1904: "While we were watching and observing the paradise like surroundings and the sunrise from the hill that we were on, numerous young [] girls were passing, singing with a high voice all at once. The mixture of their voice with the echo was creating a nice harmony. Apparently, they were going from the village to the fields. Rising from behind the hill at this moment, the sun combined its rays with the zephyr and dampness of the morning. The song that the girls were singing happily in this way, the charm of the surroundings emerald like hills were forming such a beautiful scenery that only a skilled painter, a skilled poet would be capable of describing this. It can be seen that the health of these girls wearing a tunic each, walking bare feet over the meadows is much better than those of prosperous girls with the pampering and abundance of civilization." (p. 78) 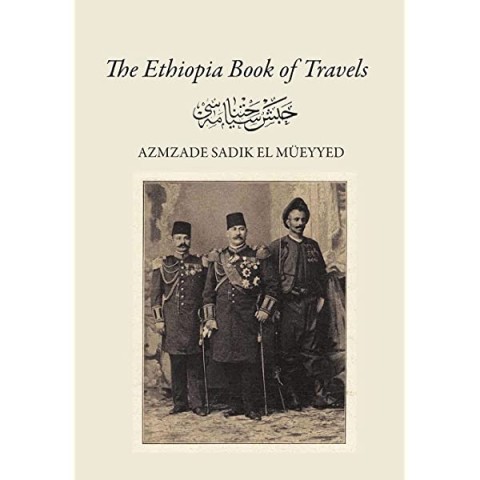