Given how little is available about or on Cabral, the edited collection by Firoze Manji and Bill Fletcher Jr (2013) is a welcome addition. The book is titled "Claim No Easy Victories: The Legacy of Amilcar Cabral", with 38 chapters and seven sections (many chapters are brief), including a chapter by the late Samir Amin. In the notes below I focus on Cabral more than the commentaries and reflections offered in the book.

"To understand the role of culture as a fundamental part of the resistance of the oppressed, it is important to analyse it in relation to the different social categories present at any given time in the society concerned - culture, not as an abstract receptacle, but as a dynamic synthesis of the historical reality (material and spiritual) of a human group at any given time. In Cabral's words: 'Culture, whatever its ideological or idealistic characteristics may be, is an essential part of the historical process. It has the capacity (or responsibility) to develop and nourish those elements that will ensure the continuity of history and at the same time determine how society will progress or regress.'" (p. 70)

"[Cabral:] 'The return to the roots is not and cannot itself signify an act of struggle against foreign domination (colonialist/racist) but neither does it mean a return to tradition. It is a practical response to a concrete and historical need that results from the implacable contradiction between a colonized or (neocolonial) society and the colonial power, between the exploited masses and the foreign classes.' For him the "return to the roots" phenomenon can only be realized if the African petit bourgeoisie get directly involved in the daily struggle of the popular masses. As he said, "the masses reject both the domination of foreign culture and foreign exploitation. The cultural struggle, therefore, also has to be political, with the aim of creating an environment conducive to the free cultural expression of the oppressed. This can only be possible if the people retake control of their own development." (p. 71)

[Cabral] "Always bear in mind that the people are not fighting for ideas, for things in anyone's head. They are fighting to win material benefits, to live better and in peace, to see their lives go forward, to guarantee the future of their children... We do not fall back on cliches or merely harp on the struggle against imperialism and colonialism in theoretical terms, but rather we point out concrete things... Hide nothing from the masses of our people. Tell them no lies. Expose lies whenever they are told. Mask no difficulties, mistakes, or failures. Claim no easy victories..." (p. 109)

"One of the most important points Cabral consistently made is the need for vigorous and bold reappraisal and assessment of the strengths of both the philosophy and political praxis of modern social movements: [Cabral] 'We base our struggle on the concrete realities of our country. We appreciate the experiences and achievements of other peoples and we study them. But revolution or national liberation is like a dress which must fit to each individual's body. Naturally, there are certain general or universal laws, even scientific laws, for any condition, but the liberation struggle has to be developed according to the specific conditions of each country'." (p. 129)

[Cabral] "I vow that I shall give my life, all my energy, all my courage, all the ability that I have as a man to the service of my people in Guinea and Cape Verde until the day I die. I shall make my contribution, as far as possible, to the service of humanity, for the improvement in the lives of people in the world. This is my task." (p. 217)

"Cabral was very exercised by the matter of culture. Colonialism did a lot of damage to the culture of the colonised. Indeed, part of the strategy of the coloniser to ensure the subjugation of the colonised was to deny the humanity of the latter. And given that one of the singular manifestations of our humanity is the culture that we create and transmit through successive generations to our progeny, it is obvious that to deny our humanity is to deny that Africans have any legacy of monuments, ideological and physical institutions, processes and practices that can justifiably be regarded as our contribution to the world's summit of civilization. To our colonisers, our music was noise, our dance was obscenity, our religion was fetish, we did not have literature, philosophy was beyond our ken, and, most of all, we were a people without history." (p. 355-356)

"We can all use a reminder of this dimension of Cabral's humanism. [Cabral] 'We talk a lot about Africa, but we in our Party must remember that before being Africans we are men, human beings, who belong to the world. We cannot therefore allow any interest of our people to be restricted or thwarted because of our condition as Africans. We must put the interests of our people higher, in the context of the interests of mankind in general, and then we can put them in the context of the interests of Africa in general.'" (p. 358) 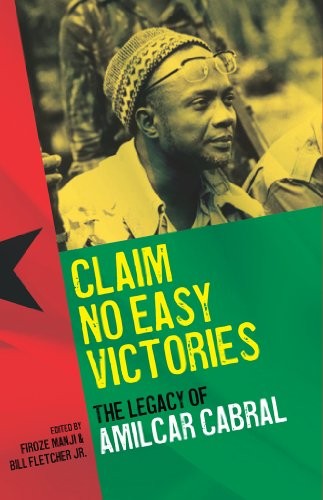