Having recently read and posted about the letters, writing and speeches of Patrice Lumumba, I was looking forward the book by Gerard and Kuklick (2015), published by Harvard, titled "Death in the Congo: Murdering Patrice Lumumba". While it was well researched and interesting, it was a different book than what I was expecting, and I finished reading thinking that another book needs to be written (or maybe has been written?) that puts the Lumumba at the center, rather than others at the center in their efforts against him. The book outlines a wide array of actors seeking to murder Lumumba, with the Belgians and the CIA taking the lead, the authors end with this: "… the West could not conceive a stand-alone African state akin to European countries in its economic and political capabilities. Lumumba aspired to a greatness the West would not abide." (p. 217)

"The pro-Western United Nations had large debts to the United States, and in addition the United States would pay for much of the Congo operation of the UN. Its leadership regularly consulted not only with the US delegation to the United Nations in New York, but also with American diplomats in Washington. The peacekeepers would do whatever fighting had to be undertaken, and many of the African nations who contributed troops received training courtesy of the United States and purchased military equipment at a discount. More or less at American bidding, the United Nations might dampen the conflict in the just-born nation. The Americans soon had an understanding that Secretary-General Hammarskjöld would contain Lumumba." (p. 57)

"The Belgians advised Kasa-Vubu about what they considered a coup d'état, but Kasa-Vubu used the UN to carry it out. In the aftermath of Kasa-Vubu's radio performance, the Belgians thanked the Americans for egging on Hammarskjöld, yet while Washington supported the coup, it did not intervene as had Belgium. The UN led the way, although Hammarskjöld did discuss his outlook with the Americans and presumed himself in concert with them. Whether Cordier's throwing his weight around was good or bad, the UN violated its mandate, and meant to overturn Lumumba. Hammarskjöld had written that the prime minister must be "forced to constitutionality"; then the secretary-general had pushed Lumumba out of office by unconstitutional means." (p. 103)

"After Washington decided to assassinate, Devlin made eight separate suggestions over a three-week period on how the Americans might accomplish the murder, and he enlisted other to help." (p. 151)

"Eyskens warned: "In the actual state of things, it is necessary to contemplate the eventual return of Lumumba." This fear may have inspired another murder attempt. A Greek called "Georges" arrived in Brazzaville, probably in the beginning of November. Belgians in Brussels had hired him to kill Lumumba at his residence." (p. 175)

"On the tenth day Lumumba, Mpolo, and Okito rose from the dead a last time. Soete unearthed the cadavers and then used a hacksaw to sever the extremities—arms, legs, heads—from the three decaying carcasses. Soete wore a mask and gloves, and drank a lot. Three upper bodies remained. The lawman repeatedly refilled the the barrel with acid. Like the extremities, the torsos were small enough so that the grave robber could throw the chunks of rotting flesh into the vat and have them eaten away. But there was not enough acid, and flesh and bones that had not been obliterated had to be burned, although Soete held on to a few keepsakes like teeth. The butchering took two days and nights." (p. 208) 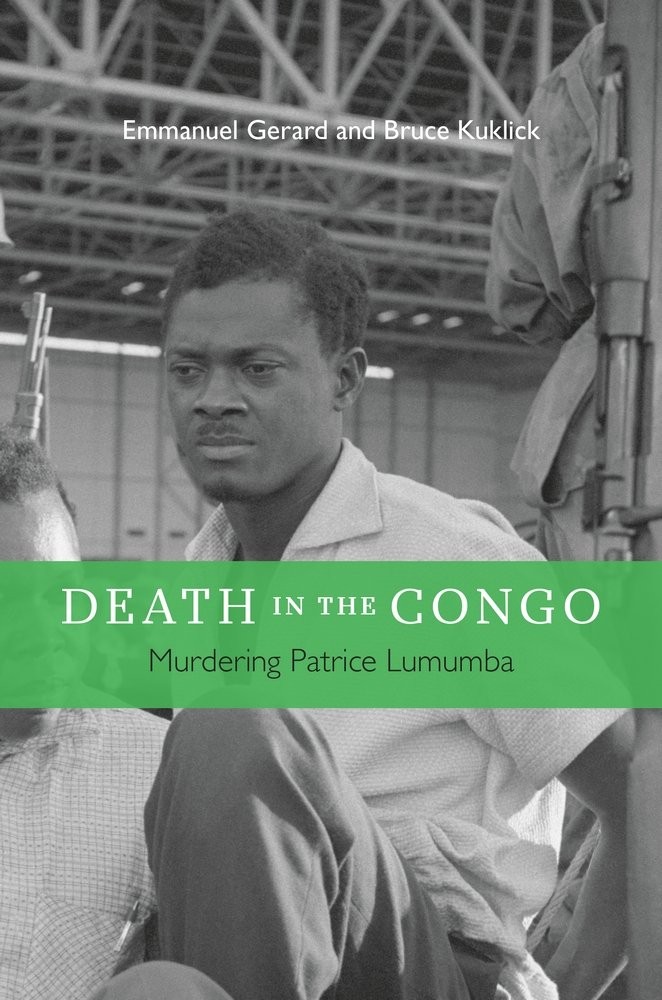