Inequality is headline news. Recently Oxfam reported that only 8 individuals own as much as the poorest half of the world's population. In 2014, Piketty published a widely read book on the subject, taking a historical economics approach. But, this question is not new. Amin addressed it in his 1976 book "Unequal Development", the greater level of attention and sense of urgency, along with improved data and new approaches, make the more recent publications unique. Branko Milanovic, in his 2016 book "Global Inequality: A New Approach for the Age of Globalization", also attempts to address the causes, and potential remedies, of inequality. He author looks carefully at both national inequality and global inequality, and argues that "a study of global inequality over the past two centuries, and especially during the past twenty-five years, allows us to see how the world has changed, often in fundamental ways" (p. 2).

This book responds to Piketty, and builds on Kuznets. Rather than a cycle, Milanovic focuses upon Kuznets waves: "I think that it is more appropriate to speak of Kuznets cycles, or waves, and to view the current upward swing in advanced countries as the beginning of the second Kuznets wave. Like the first wave, it is the product of technological innovation and change, of the substitution of labor by capital ( the "second machine age"), and the transfer of labor from one sector to another. In the first Kuznets wave, the transfer was from agriculture (and thus rural areas) to manufacturing (and thus urban areas); in the second, it is from manufacturing to services… this second wave is also driven by pro-rich changes in economic policies" (p. 93). On global inequality: "The world where location has the most influence on one's lifetime income is still the world we live in. It is the world that gives rise to what we might call a "citizenship premium" for those who are born in the right places (countries), and a "citizenship penalty" for those born in the wrong places (countries)." (p. 131).

At points, Milanovic draws attention away from globalization and toward the rules structuring it, similar to how Reich (2015) has done in addressing questions about capitalism. "It is this fundamentally ambivalent nature of globalization that I hope to bring out in this book. The reader needs to be constantly aware that globalization is a force both for good and bad" (p. 30). He continues, "As is nicely illustrated in Europe and the United States for the period after the Great Depression and World War II, the strength of trade unions, the political power of socialist and communist parties, and the example of military threat of the Soviet Union all curbed pro-rich policies by constraining the power of capital. But once these political limitations weakened or disappeared and economic factors became more favorable to capital, including skill-biased technological change and the large expansion of global labor that came with the opening of China and the fall of communism, the situation reversed, and the advanced economies entered a period of rising inequality, the second Kuznets wave, which is still in force" (p. 87).

What are the forces enabling inequality to rise in this second wave, particularly within the higher income countries? Milanovic explains that "middle class and poor people are being diverted, largely by design, from looking after their own economic interests into caring about other concerns, especially social or religious ones that are often divisive. This diversion does not necessarily arise from any sort of backroom conspiracy, but rather from a collectively manufactured elite consensus. It is, to some extent, an understandable (and acceptable) strategy because voting decisions are multidimensional: people do not vote solely on economic issues and many care deeply about such matters as migration, religion, and abortion. But given the enormous amount of private money that is used in politics and media, one cannot but think that the aim of these investments is very similar. In one case (politics), influence is sought directly; in the other case (the media), influence is created through shaping public opinion so that it agrees with the opinion of the funders. The creation of a false consciousness takes place through ideological matraquage (a French term that means a breain-beating as if by a nightstick), where newspaper readers, TV viewers, and internet surfers are bombarded with issues – running from abortion and gun control to the threat of Islamic fundamentalism – that distract popular attention from the basic economic and social problems like unemployment, the incarceration rate, war profits, and billion-dollar tax loop holes for the rich. In other words, the culture war has a function, and that function is to mask the real shift of economic power toward the rich." (p. 202).

Predicting the future in economics does not have a great track record. Milanovic points to three key challenges: "the belief that the trends that appear to be the most relevant at a particular time will continue into the future, the inability to predict dramatic single events, and an exaggerated focus on key global players, especially the United States. All three problems, even if accurately diagnosed, seem to be very difficult to solve" (p. 158). But, he offers some: "The great middle-class squeeze (which I discussed in Chapters 1 and 2), driven by the forces of automation and globalization, is not at and end. This squeeze will in turn further polarize Western societies into two groups: a very successful rich class at the top, and a much larger group of people whose jobs will entail servicing the rich class in occupations where human labor cannot be replaced by robots" (p. 214-215). And, that it is "hard to imagine that a system with such high inequality could be politically stable. But perhaps inequality will decline, and the problem of instability will disappear. What happens next depends on (1) the nature of technological progress, which might evolve in a pro-poor way, as by the replacement of people in some occupations that are very well paid now, say, professors, with lower-paid workers, and (2) the ability of the "losers" in this system to organize themselves politically. If the losers remain disorganized and subject to false consciousness, not much will change" (p. 217).

On a slightly more positive note: "Policies that would work toward shifting this long-term equalization include (1) high inheritance taxes (as Piketty calls for), which would keep parents from being able to transfer large assets to their children, (2) corporate tax policies that would stimulate companies to distribute shares to workers (moving toward a system of limited workers' capitalism), and (3) tax and administrative policies trhat would enable the poor and the middle classes to have and hold financial assets. Also fitting with this proposal is de Soto's (1989) call for much broader ownership of assets the poor already possess, such as properties that in many countries are held without legal title and so cannot be used as collateral for loans. But these policies would not be sufficient" (p. 221). 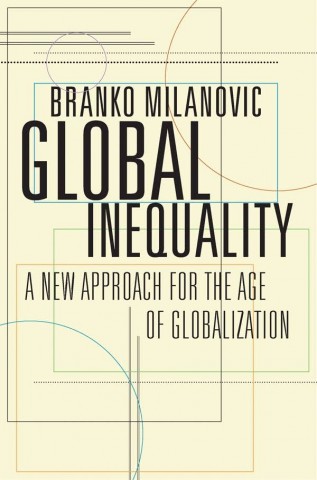 Tags:
Inequality International development Historical economics Globalization Policy
How Migration Shaped Our World and Will Define Our...
How Non-conformists Move the World