Edward Said's Orientalism (1978) is a foundational text in critical studies, as of this writing was cited nearly 70,000 times. In 1993 Said wrote Culture and Imperialism, which broadens the view, broadens the literature, and engages more literature from the liberation activists and writers, but is cited less (at of this writing nearly 30,000; which still makes it an extremely well read and cited book). The book is longer than Orientalism, at 492 pages (in my Vintage print), which is expected given the wider scope. From a development studies perspective, the connection might appear limited, as the book focuses largely on literature. However, I think this is essential reading and it challenges how people are portrayed, critically analyzes language, justifications made for 'intervention', and offers great insight for anyone reading (or writing) reports (which are often plagued with horrendous orientalist and colonialist attitudes).

From the Introduction, contextualizing this book in relation to Orientalism:

"What I left out of Orientalism was that response to western dominance which culminated in the great movements of decolnization all across the Third World. Along with armed resistance in places as diverse as nineteenth century Algeria, Ireland, and Indonesia, there also went considerable efforts in cultural resistance almost everywhere, the assertions of nationalist identities, and, in the political realm, the creation of associations and parties whose common goal was self-determination and national independence. Never was it the case that imperial encounter pitted an active Western intruder against a supine or inert non-Western native; there was always some form of active resistance, and in the overwhelming majority of cases, the resistance finally won out." (p. xiv)

"Readers of this book will quickly discover that narrative is crucial to my argument here, my basic point being that stories are at the heart of what explorers and novelists say about strange regions of the world; they also become the method colonized people use to assert their own identity and the existence of their own history. The main battle in imperialism is over land, of course; but when it came to who owned the land, who had the right to settle and work on it, who kept it going, who won it back, and who now plans its future - these issues were reflected, contested, and even for a time decided in narrative." (p. xv)

"As I shall be using the term, 'imperialism' means the practice, the theory, and the attitudes of a dominating metropolitan centre ruling a distant territory; 'colonialism', which is almost always a consequence of imperialism, is the implanting of settlements on distant territory... In our time, direct colonialism has largely ended; imperialism, as we shall see, lingers where it has always been, in a kind of general cultural sphere as well as in specific political, ideological, economic, and social practices." (p. 8-9)

"The slow and often bitterly disputed recovery of geographical territory which is at the heart of decolonization is preceded – as empire had been - by the charting of cultural territory. After the period of 'primary resistance', literally fighting against outside intrusion, there comes the period of secondary, that is, ideological resistance, when efforts are made to reconstitute a 'shattered community, to save or restore the sense and fact of community against all the pressures of the colonial system', as Basil Davidson puts it. This in turn makes possible the establishment of new and independent states." (p. 268)

"One of the first tasks of the culture of resistance was to reclaim, rename and reinhabit the land. And with that came a whole set of further assertions, recoveries, identifications, all of them quite literally grounded in this poetically projected base. The search for authenticity, for a more congenial national origin than that provided by colonial history, for a new pantheon of heroes and (occasionally) heroines, myths, and religions - there too are made possible by a sense of the land reappropriated by its people." (p. 290)

"Fanon foresaw this turn of events. His notion was that unless national consciousness at its moment of success was somehow changed into a social consciousness, the future would hold not liberation but an extension of imperialism. His theory of violence is not meant to answer the appeals of a native chafing under the paternalistic surveillance of a European policeman and, in a sense, preferring the services of a native officer in his place: On the contrary, it first represents colonialism as a totalizing system nourished in the same way" (p. 343).

"In Fanon's world change can come about only when the native, like Lukacs's alienated worker, decides that colonization must end - in other words, there must be an epistemological revolution. Only then can there be movement. At this point enters violence, 'a cleansing force,' which pits colonizer against colonized directly" (p. 347)

"The most disheartening thing about the media — aside from their sheepishly following the government policy model, mobilizing for war right from the start — was their trafficking in 'expert' Middle East lore, supposedly well informed about Arabs. All roads lead to the bazaar; Arabs only understand force; brutality and violence are part of Arab civilization; Islam is an intolerant, segregationist, 'medieval', fanatic, cruel, anti-women religion." (p. 379-380)

"For two generations the United States has sided in the Middle East mostly with tyranny and injustice. No struggle for democracy, or women's rights, or secularism and the rights of minorities has the United States officially supported. Instead one administration after another has propped up compliant and unpopular clients, and turned away from the efforts of small peoples to liberate themselves from military occupation, while subsidizing their enemies. The United States has prompted unlimited militarism and (along with France, Britain, China, Germany, and others) engaged in vast arms sales everywhere in the region" (p. 386) 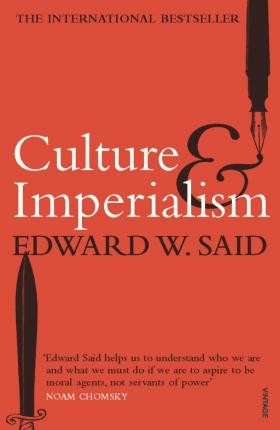