Crises call for action. Bosnia, Somalia, Rwanda, Afghanistan, Libya, Syria, Yemen... The international community has responded to countries experiencing crisis in a range of ways, from heavy-handed military action to neglect. Have the activities achieved their objective? And, if not, what might be do differently in responding to crises in the future? This is the subject of "Can Intervention Work?" (2011) by Rory Stewart and Gerald Knaus. The book is two long essays, one by each of the authors. This book is essentially reading because is challenges commonly aired opinions about state-building, governance, international intervention,

In essence, the book advocates that "limited but well-resourced humanitarian interventions can succeed. Outsiders can bring a war to an end and even help build peace" (p. xiii). However, in many instances it does not, and has not. Rory focuses on some of the causes of the failures. One is the application of a planned, best-practice approach often devoid of any context. For example, staffers are higher for generalist knowledge, not linguistic abilities or depth of cultural knowledge (p. 16). He writes of Afghanistan: "They were not experts in gender or governance in Afghanistan: they were experts on gender and governance in the abstract. They had studied "lessons learned" by their colleagues in other countries and were aware of international "best practice." Their focus was one "cross-cutting themes" – issues that should be applied to all countries and integrated into any project – such as human rights, the environment, and (to quote mission criteria for a Department for International Development, or DFID, project in Iraq) "the political participation of the poor, the vulnerable and the marginalized, particularly women" (p. 20).

As an example of a failure to recognize context, regarding one of the foundational documents developed in Afghanistan, among "the sixty-nine separate tables and charts in this 137-page plan, including ones on "predicted teledensity" and "status and accomplishment, national police and law enforcement," the following words did not appear: Pashtun, Hazara, Tajik, Islam, Sharia, jihad, communism, Northern Alliance, warlord, democracy, equality, insurgency, resistance, and consent. Were you to delete the word Afghanistan from the document, and replace it with the word Botswana, it would be very difficult to know of which country you were speaking" (p. 36-37). What was the result? One example is that after a decade of work, of billions of dollars spent, and far too many lives lost, "the justice delivered by young Taliban commanders under trees was consistently rated as fairer and more efficient than that of the infrastructure of the state" (p. 45).

What does Rory propose? "The knowledge required for intervention is not theoretical knowledge – it is a form of practical wisdom: an activity in which there is no substitute for experience. The ideal instructors are those who have spent a long time getting to know a particular place and have seen it at very different times and under different conditions. The ideal education is through an ever more detailed study of the history, the geography, and the anthropology of a particular place, one the one hand, and of the limitations and manias of the West, on the other. You should not, therefore, teach interventions in the way that you teach natural science, but in the way that you teach mountain rescue. Although there is a humanitarian purpose – to save life – the central question is not "What ought you to do?" but "where are you and who are you?"" (p. 77).

The second half of the book, Gerald's essay, focuses on Bosnia. It presents four ideologies about international intervention, drawing out lessons from the Bosnian experience. He echoes Rory in many regards. For example: "In reality, interveners are never in a good position to understand what objectives are actually achievable or how to achieve them before a mission starts. It is by trial and error – by learning from failure as well as success – that a mission understands gradually what is might be able to achieve" (p. 188). Gerald concludes: "Changing other countries is extremely difficult. Historically occupations have rarely ended with an outcome that was satisfactory to the occupier. But supporting certain norms and values and opposing others has led to some astonishing successes in recent years" (p. 192). 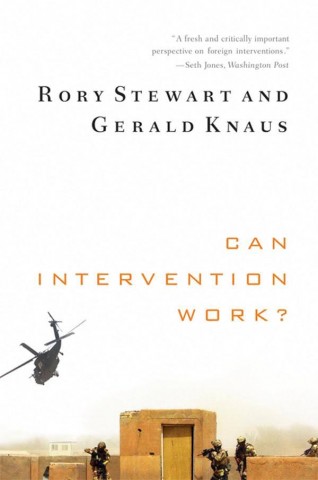 Can We Know Better? Reflections for Development

The Parable of the Pauper