Who Owns the Problem?

​A common theme of the lectures Pius Adesanmi gave was on narrative ownership. Much is said about Africa, but those stories often are crafted elsewhere. That is not to say that Africans do not produce narrative, he also shows, but that such narratives do not transverse the global wires as the others do, and thereby gain prominence. It is challenging to write about the book "Who Owns the Problem? Africa and the Struggle for Agency" (2020), as it was published after we lost Pius in the 2019 Ethiopian Airlines crash. Pius and I had spoken in his office a few days before. Positive, welcoming and optimistic, as he always was, Pius was passing on lessons he learned as I was preparing to tread in a direction he had already been. This book is a collection of lectures Pius gave, grouped into three general themes (Crossfire; Imagining Culture, Figuring Change; Variations on Love and Self). One of the reasons so many felt his death so heavily was the anticipation we had for what might come next. This collection gives us glimpses into what those directions might have been, hopefully also opportunities and invitations for us to take inspiration from and carry forward.

"I have spent almost two decades in the universities of the United States and Canada. I am used to the West constantly proclaiming the originality of some new proposition in the arena of knowledge largely because Western canonizers of knowledge are very much like the child in that Yoruba proverb who, never having visited other people's farms, screams from the rooftop that his father owns the biggest farm in the world. You go to the disciplines of the humanities and you see people proclaiming the originality of some idea or philosophy that you heard unlettered farmers espouse every evening over palm wine in your village in Africa when you were growing up. If the West is hearing about it for the first time from a Western source, it is original." (p. 48)

"It takes effort and considerable organization and diligence to tell lies about you or distort your story. Once your story is distorted, your world is equally distorted." (p. 56). 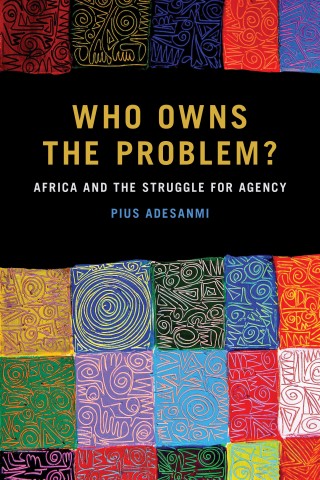