The Historical Ecology of Malaria in Ethiopia

​James C. McCann has produced some excellent works of history, and specifically on Ethiopia. This includes From Poverty to Famine (1987) and People of the Plow (1990), as well as The Historical Ecology of Malaria in Ethiopia (2014). The most recent of these books brings readers into a complex story of malaria over the centuries and decades. The book also brings together McCann's work over these decades in helping to put together some of the puzzle pieces in the bigger malaria story.

Why a history of malaria and ecology, and not a contemporary public health perspective? McCann starts with that question: "Medical science is a necessary but not sufficient lens from which to understand the disease. The Historical Ecology of Malaria in Ethiopia aims to display the human ecology of the disease with an appreciation of the science of landscape change and the dynamics of a vector-borne infectious disease that has been an enduring element of human history" (p. 2). These short posts are not full reviews, but highlights that I find particularly interesting. For example:

On local knowledge: "Richard Burton, intrepid traveler in the 1850s, reported that Somalis in the southeast of the Horn of Africa actually believed that mosquitoes were the cause of the "fever." He dismissed that local belief as absurd." (p. 14). In this opening chapter, McCann walks us through the theories of the cause of malaria; apparently local Somali knowledge ought to have been taken more seriously, as it was decades later that mosquitoes were identified as the vector.

On politics and power: "The MES also had a GR (geographic reconnaissance) scheme that offered the broad brushstrokes of a national map divided into zones, which they set in priority as A, B, C, and D (see fig 4.5), a template for planning their pre-eradication strategy. In effect, this map was a set of plans for malaria eradication, but is was also a map of plans for a modern political ecology and economic potential for the modern nation. The MES and its allies chose to concentrate its resources on Area A, an area of the highlands and part of its periphery that was, in effect, historical Abyssinia (i.e. the Christian highlands and areas they dominated in the Haile Sellassie era). But is also included strategic areas for economic development in the Awash Valley (cotton, sugar, citrus); northwest borderlands (sorghum and sesame oil and seeds); and the Rift Valley (red pepper, sugar, haricot beans, soybeans, commercial fruits) that made up much of Ethiopia's potential global agricultural exports." (p. 80-82).

On ecology and agricultural transformation: "Maize does not cause malaria, but it can and does intensify its spatial distribution and the periodic intensity of epidemic human suffering. That study of malarial landscapes at the local level also revealed an astonishing complexity of ecological elements. The historical record demonstrates that periods of malaria quiescence and epidemic outbreaks are persistent patterns, if not predictable, and are affected by rapid agroecological change. New elements of ecological change at work in Ethiopia's dynamic human and economic setting can and will affect malaria's future." (p. 136) 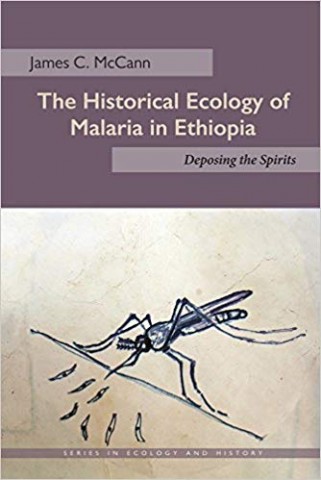