There is a reason why some books are published by academic publishers, and others not. Academic books are peer reviewed and are held to a standard of quality (usually). Retired professor Gary Wasserman's book, "Doha Experiment: Arab Kingdom, Catholic College, Jewish Teacher" (2017), was not published by an academic press, he opted for Skyhorse (known for its travel guides, science fiction and fantasy). Wasserman has published with academic presses before, he wrote a book (his thesis) published by Cambridge about decolonization politics in Kenya (which turns out to not be so ironic, as he focuses on Europeans in Kenya and their supposed outsmarting of the 'native population'). The Doha Experiment would not pass as academic, but doesn't claim to be.

Wasserman starts the book explaining that he had no contextual knowledge upon arrival (saying he had never even heard of the country before going) and ends the book saying "I never fully engaged the community in which I lived" (p. 244). Despite making little to no effort to learn about the country during his 8 years in Qatar, Wasserman nonetheless felt comfortable knowing his 'missionary' task: "implant liberal ideas... [and] do a lot of things that are certainly different from the traditions of the region." If this sounds like a colonial attitude (essentially: I don't know the place or the people, but they need to be more like me), it is not much different from Wasserman's work on Europeans in Kenya in the 1970s. Throughout the book the author speaks about bringing a 'liberal presence' to 'the Arabs' in a 'fundamentalist', 'Wahhabi' country, a part of the world he suggests is living under 'thuggish elites' who 'killed opponents'. This is exactly the kind of uncritical, generalizing stereotypes that Edward Said critiqued, whose work Wasserman should re-read (he quotes Said in the Introduction about such labels).

If you are looking for a Euro-Western view of narrow experience in Qatar, conveyed via orientalist tropes and with a colonialist attitude, Wasserman has your book. This could also be your book if you are looking for a coming-of-age read of a professor who was insecure about his own ethnic / faith identity (with fears rooted in bias and stereotype, and suspicion that everyone is Google'ing his faith), and coming to terms with himself in a Muslim country. Or, this could be your read if you are looking for examples of how openly unethical some professors are in their sexualization of students or in publishing student work / words without ethics review or informed consent. On a positive note, Wasserman was transparent in explaining that he knew nothing of the country and people, made little to no attempt to learn, and did not adjust his teaching to make it accessible and relevant to a new audience (other that course classifications (p. 226), there was a "resistance to revisions" (p. 242); imposing 'home', as the benchmark of all that was good). Wasserman concludes his book in suggesting: "I couldn't teach any other way because I didn't know anything else. And only now, on reflection, did I see this as an unacknowledged gap." (p. 244). Apparently there was no interest to learn.

In case that sounds too critical, a few quotes for context:

Even in re-writing personal history in 2017 the racism is bold: "When we left for Silver Spring, it was not just because of the expected influx of blacks, the worsening integrated schools, and the perceived growing danger in the streets..." (p. 8). The author says (distancing himself from labor exploitation in Doha): "my family had a "colored lady", whose name was Mary, come to the house to clean", which is presented as not as bad as Doha because while there was "separation between Them and Us but it wasn't much" (p. 196).

Thoughts of the region? Certainly not one of respect and dignity, rather of broad generalization rooted in stereotype: "Communicating this to students in a region where they were surrounded by true believers, extremists, and group thinkers did not seem an unreasonable goal for a liberal outsider." (p. 130) Courageously, quoting his spouse, viewing "women who covered themselves as locked into medieval customs that forced them into marriages as teenagers" (p. 242).

Embracing the colonial narrative: "Much like colonists of an earlier century, the expats needed to see the locals as flawed or at least not quite good enough to operate on their own. As the economy got more complicated and the citizenry got wealthier and ever more indolent, the case became easier to make." (p. 159)

Embracing the 'mission': "He and others saw liberal education uncomfortably undermining many of the traditional values and assumptions with which students from the region began college..." (p. 238) "Their education became another step in the process of detaching from societies and peoples, beliefs and values, among whom they were no longer comfortable or even welcomed. They no longer followed the same faith, spoke the shared language, or felt comfortable in the same clothing they did before" (p. 240-241). 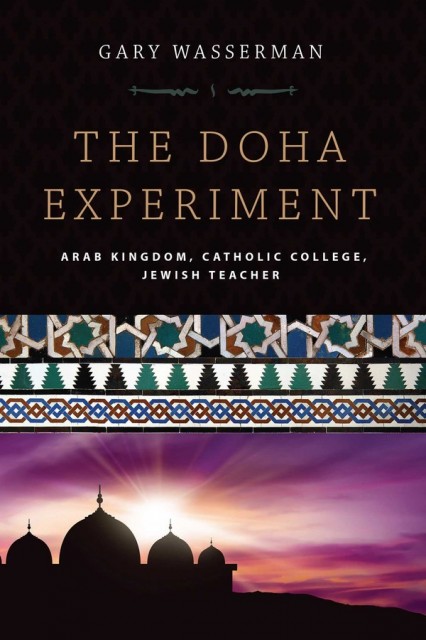