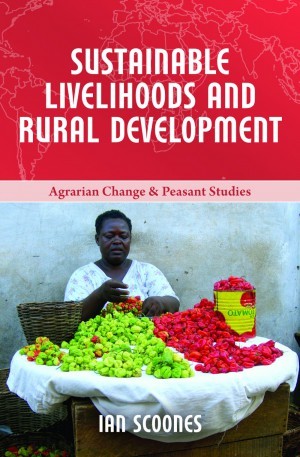 Peasant Households and their Resource Base

A previous post highlighted a publication from Ethiopia, which tend to be lesser known (and harder to find). This post highlights an old publication, similarly challenging to locate copies of, but may prove quite useful for those looking for historical data points for comparability: "Competition and Co-operation: North Ethiopian Peasant Households and their Resource Base" (1993) by Harald Aspen. The publication is more of a long manuscript than a book, and the author states that "by publishing the present work it is made available both to my colleagues in the PPDR programme, and to anyone else who may have some interest of the subjects treated here. Basically, this paper is a data report, but efforts have been made to comment and to suggest interpretations and means of analysis which can not necessarily always be directly read out of the empirical data presented" (p. 3).

Throughout, the book presents a variety of data sets on different aspects of smallholder lives and livelihoods. Since data is sparse for past periods, I found works such as these quite useful to explore what has changed, and also what has not. In this case, the data comes from the end of the Derg period. I highlight notes from Aspen's text, on marriage and debt:

"There are various means of getting a spouse, varying from contractual agreements involving a marriage feast and a written contract to elopement or (for males) abduction and 'raping' (t'alafa, probably most often with the consent of the prospective girl, i.e. a form of elopement). Between these extremes are cohabitation (sometimes as a preliminary to a formal marriage) as well as the occasional practice of 'hiring wives' for a limited period, where the 'wife' gets an annual amount of clothes and/or money from her 'husband' in return for sexual and domestic services. In the latter case the payment may be viewed as a compensation for the woman's renouncing of other assets belonging to the man in case of his death or if he decide to cancel the relationship. It is also not unusual for women not to remember much of their first encounter with a husband; several female informants have told that their first marriage was very short-lived: as young girls their parents had arranged their marriage and they took the first opportunity to escape from their husband, sometimes after a couple of probably unpleasant days" (p. 20)

"Key informants in Ganat reported that prior to the revolution, loans were accessible from professional moneylenders who usually charged an interest rate of 10% per month. After the revolution, credit in the form of cash has been less available, but whenever loans are given, they are interest free. The 1989 survey contained a small section on currently unsettled personal debt, and of the 210 household heads, only 29 (13.8%) reported to be indebted, of whom one was a woman. At the time of the survey, the tax obligations, when all 'special contributions' were included, were felt to be a heavy burden by most PA [Peasant Associations, now Kelebes] members in Ganat" (p. 81). Research in southern Ethiopia presented a much different picture on debt, as of 2015. 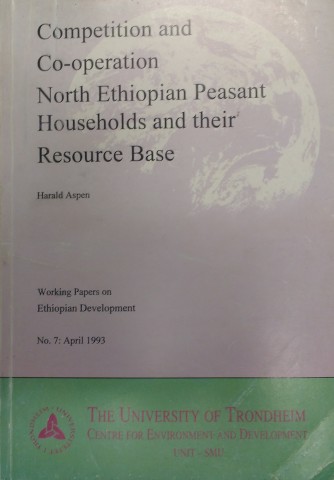 Robert Chambers states that "As a dimension of poverty, seasonality is as glaringly obvious as it is still grossly neglected. Attempts to embed its recognition in professional mindsets, policy and practices have still a long way to go" (Chambers, 2012: xv; in the Forward of Devereux, Sabates-Wheeler and Longhurst, 2012). This quote comes from an edited volume on seasonality, which brings together a range of interrelated topics revolving around the topic. The book itself draws upon works presented at a conference, and is a sort of follow-on to a similar conference (1978) and book (1981) – highlighting the research gap that has emerged since an interest in seasonality in the 1980s and early 1990s. Drawing upon the 2012 book, below are some of the key resources identified by the authors, as a means to further research on seasonality and support the identification of research taking seasonality as a focal point of study (in chronological order):

Gill, G. 1991. Seasonality and Agriculture in the Developing World: A Problem of the Poor and Powerless. Cambridge University Press: Cambridge.

For those interested in more reading, I suggest the 2012 edited volume Seasonality, Rural Livelihoods and Development as a key resource from which many more references can be obtained. 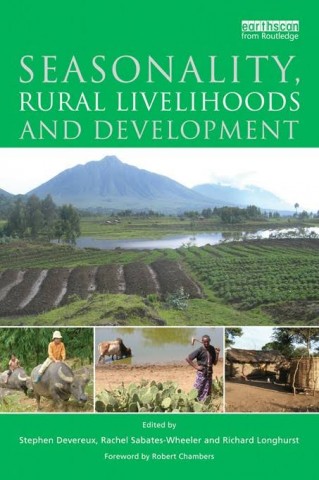