For the past decade, the land rush discourse has analyzed foreign investment in land and agriculture around the world, with Africa being a continent of particular focus due to the scale of acquisitions that have taken place. Gabon, a largely forested state in Central Africa, has been neglected in the land rush conversations, despite having over half of its land allocated to forestry, agriculture, and mining concessions. This paper draws on existing evidence and contributes new empirical data through expert interviews to fill this critical knowledge gap. We situate Gabon's historic relationship with land, establishing the intrinsic relationship between colonial land tenure systems and present-day land rights. Our findings analyze the macro context of investors and investments, as well as the impacts related to rural–urban linkages and infrastructure development into the forests, civil society, human–environment relationships, and certification programs. While challenges continue to be experienced, the promise of Gabon's first national land use plan—the use of sustainable concessions and mandatory forestry certification—offers a unique opportunity for Gabon to transition towards a future that better benefits its population while also protecting its natural resources. 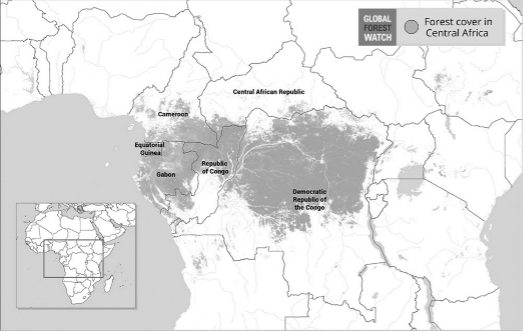 Abstract: A rapid increase in large-scale land acquisitions associated with the food-commodity price spike in 2008 resulted in a flurry of journalistic, non-governmental organization, and academic publications. One of the primary narratives that emerged was that oil-rich Gulf states were driving a "land grab" from resource-poor countries. However, little was known about who was making deals and where. This article assesses the extent to which the member states of the Gulf Cooperation Council (GCC) are, in fact, primary players. We first compare the total number of deals and land areas involved, finding that individual GCC member states have been relatively minor players compared to the United States, the United Kingdom, China, Singapore, and Malaysia—each of whom, moreover, finalized more deals than all the GCC countries put together. We next compare the geographic distribution of acquisitions, comparing the trends for GCC member states with those of the major investing countries, and assess which countries have acquired land from the most financially constrained nations. We conclude with a critical discussion that reflects on the narrative of oil-rich Gulf states as a driving force behind the global land grab and the potential reasons for its prominence.

Full version available via author. Send me an email if you would like a copy.

The full article is gated. Abstract and further publication details available via the link above. If you would like a copy of the article, send me an email.
610 Hits
Tags:
Ethics Land rights Human Rights Land grabbing
Facebook Twitter LinkedIn Pinterest
610 Hits