The former Libyan leader Muammar Gaddafi explained his political philosophy in The Green Book. The Green Book is a short work (the English translation is 92 pages) presented in short chapters on a wide range of topics, organized into three parts. The first part is a critique of Western forms of democracy and a proposal for democracy rooted in people's self governance. The second part is about socialism and the third part about the social relations in society. A copy is available here. Some notes from the book:

"Parliaments are the backbone of that conventional democracy prevailing in the world today. Parliament is a misrepresentation of the people, and parliamentary systems are a false solution to the problem of democracy. A parliament is originally founded to represent the people, but this in itself is undemocratic as democracy means the authority of the people and not an authority acting on their behalf." (p. 10)

"Under such systems, the people are the victims whose votes are vied for by exploitative competing factions who dupe the people into political circuses that are outwardly noisy and frantic, but inwardly powerless and irrelevant." (p. 11)

"The existence of many parties intensifies the struggle for power, and this results in the neglect of any achievements for the people and of any socially beneficial plans. Such actions are presented as a justification to undermine the position of the ruling party so that an opposing party can replace it. The parties very seldom resort to arms in their struggle but, rather, denounce and denigrate the actions of each other. This is a battle which is inevitably waged at the expense of the higher, vital interests of the society." (p. 14)

"...society alone supervises itself. It is dictatorial for any individual or group to claim the right of the supervision of the laws of the society, which is, democratically, the responsibility of the society as a whole. This can be arrived at through the democratic instrument of government that results from the organization of the society itself into Basic Popular Conferences, and through the government of these people through People's Committees..." (p. 29)

"In a socialist society, it should not be in the form of wages from any source or charity from any one. In this society, there are no wage-earners, but only partners. One's income is a private matter and should either be managed privately to meet one's needs or be a share from a production process of which one is an essential component. It should not be a wage in return for production." (p. 44)

"The new socialist society is but a dialectical outcome of the unjust relationships prevailing in the world today. The new socialist society will introduce the natural solution - privately-owned property to satisfy one's needs without exploitation, and collective property in which the producers are partners replacing private enterprise, which is based on the production of others without recognizing their right to a just share of the product." (p. 51)

"Freedom means that every human being gets proper education which qualifies him or her for the work which suits him or her. Dictatorship means that human beings are taught that which is not suitable for them, and are forced to do unsuitable work." (p. 82)

"Education, or learning, is not necessarily that routinized curriculum and those classified subjects in textbooks which youths are forced to learn during specified hours while sitting in rows of desks. This type of education now prevailing all over the world is directed against human freedom. State-controlled education, which governments boast of whenever they are able to force it on their youths, is a method of suppressing freedom. It is a compulsory obliteration of a human being's talent, as well as a coercive directing of a human being's choices. It is an act of dictatorship destructive of freedom because it deprives people of their free choice, creativity and brilliance. To force a human being to learn according to a set curriculum is a dictatorial act. To impose certain subjects upon people is also a dictatorial act." (p. 85)

"This does not mean that schools are to be closed and that people should turn their backs on education, as it may seem to superficial readers. On the contrary, it means. that society should provide all types of education, giving people the chance to choose freely any subjects they wish to learn. This requires a sufficient number of schools for all types of education." (p. 85-86) 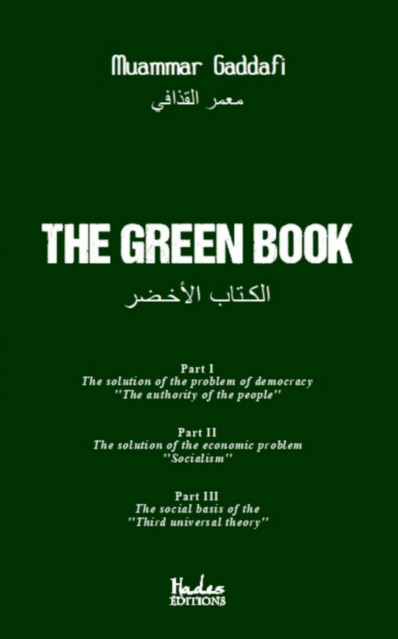