Within development studies literature there is a sub-genre of memoires, biographies and dairies. Some are troubling to read. Not all are well written. Some are extremely informative. Most present aspects of the sector that are invisible for those outside of it. Daily routines. Successes and failures. Lessons. Lived experiences. I enjoy reading these works. "Getting to Zero: A Doctor and a Diplomat on the Ebola Frontline" (2018) by Sinead Walsh and Oliver Johnson falls in this sub-genre and is well worth a read. The book is quite long (422 pages), so I will not attempt a summary. Rather, a few parts that I think are worth sharing:

On training: "The second problem with Ebola trainings was that they fell into the 'training the trainers' trap, another common fault of aid programmes. The logic here was that an expert, often an international consultant flown in for the task, could provide a brief training to a selection of local staff brought together from across the country. These staff would then 'cascade' this training to their colleagues after returning home. Whilst this may be effective in some specific situations, generally a few hours or a few days of classroom-based teaching simply does not give someone enough knowledge or hands-on experience of a complex real-world challenge for them to be able to undertake it independently or teach it to others" (p. 52).

Learning in emergencies: "Key to any process of community engagement is respect. This meant being willing to sit down, listen, and then have a conversation with communities to find compromises between our preferred biomedical strategies and what they felt they could actually do. It took us a long time to get to that. Much of the community engagement in the early months was one-way, telling people what to do rather than understanding the kinds of challenges they faced and what ideas they had for how to protect themselves." (p. 343)

On roles within humanitarian and development activity: "the question of how assertive to be in a situation like this is at the core of the distinction between development and humanitarian approaches to international aid. The development mindset tends to focus on supporting the country to better serve its population over the long term, and therefore recognizes the importance of being led by the government. After all, it is the government that (usually) has the democratic legitimacy to make decisions about the country's future and is therefore best placed to run the services that aid agencies are looking to strengthen. Mutual respect and a collaborative relationship between the government and the aid agency are key in this kind of approach. As a result, timelines are usually slower than if aid agencies implement services directly. A humanitarian approach can sometimes appear to be the exact opposite. The focus in an emergency situation is not on long-term improvements to government systems but on immediate relief for those in need. There is a strong sense of urgency, and aid agencies will sometimes take control, with only a token consultation with the government, so that rapid decisions can be made. Humanitarian budgets can be quite large, allowing the swift hiring of additional staff and the bringing in of supplies for the short-term effort." (p. 66-67)

Pointing fingers: "Paul Farmer has written extensively about the tendency of people in the aid system to over-focus on weak accountability in developing countries, rather than questioning the role of developed countries, either today or historically. This is both about weak accountability within their international aid systems and about how they often contribute to corruption in developing countries." (p. 361) 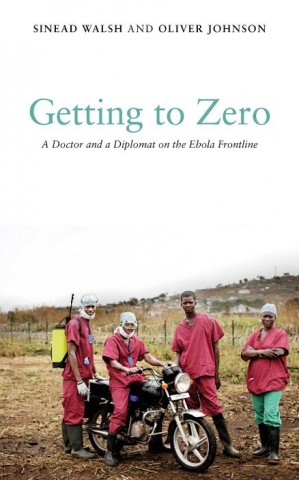 Ebola: How a People’s Science Helped End an Epidemic

As other reviewers of this book have mentioned, there is probably few who are better suited to write this book than Paul Richards, with such a depth of knowledge and experience of the areas where the epidemic occurred. In "Ebola: How a People's Science Helped End an Epidemic" (2016) the author argues that faced "with the realities of the disease the common folk learnt to think like epidemiologists. As interestingly, epidemiologists began to think like the common folk. Merged understanding was crucial to epidemic control" (p. 4). Throughout, the author makes a case that 'citizen science' enabled individuals and communities to respond effectively, in difficult and resource-constrained situation, to help end the Ebola epidemic.

At least in my reading, the case for a people's science helping to end the Ebola epidemic was not convincingly made. Unless, one considers all forms of responses (i.e. requesting protective materials, finding alternatives when materials were in short supply, practicing quarantine) as 'citizen science'. There may be more to Richard's story of citizen science (alluded in the Kailahun District example of declining infections before any major international response, but the book focuses upon the actions of a medically-trained individual leader, less on citizen science). I suppose the definition of citizen science is my main divergence with the author's argument – as my own experience and understanding of 'citizen science' is somewhat different. Examples (from the 'global South') of participatory budgetary monitoring to ensure accountability and community-based counter mapping to advocate for land rights come to mind. Enforcing quarantine is a form of thinking like an epidemiologist, but this also assumes a low level of pre-existing knowledge – one might alternatively view this as an expected response to an epidemic based on historical experience with different diseases.

What I thought this book did well, on the other hand, was make a case for the importance of detailed, ethnographic research. He writes:

"Social mobilization was needed to create an environment in which biosafety control measure would be accepted and enhanced. Was there expertise to address these kind of social challenges? The social sciences are less strongly supported relative to other areas of scientific knowledge formation globally, but especially in Africa, where sometimes politicians equate social investigation with political opposition. Much necessary social knowledge is locked up in the heads and practices of people in communities, and remains largely undocumented. Perhaps nowhere was this more true (as pointed out above) than in the case of burial. How, then, given the dearth of documented, evidence-based information, was a social response to Ebola to be organized?" (p. 122)

For those interested in better understanding the Ebola epidemic, this is an excellent read. For those keen to learn about bottom-up citizen science, this might not be the best place to look. 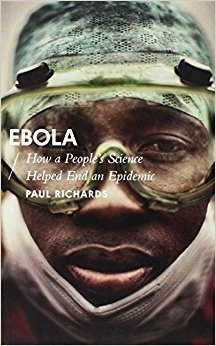 Funded PhD: Social History of the Ebola Epidemics: Ethnography of a Neighbourhood

As partners of a European research project aiming at studying the conditions of a more efficient response to the epidemic risk of Ebola hemorrhagic fever in Guinea-Conakry, funded by Horizon 2020, we offer a three-year PhD contract at the prestigious Ecole normale supérieure de Lyon (ENS de Lyon).

The PhD student will join a team of anthropologists to work on a socio-history of the Ebola epidemics, aiming at reporting on the political and social questions raised by the sanitary intervention against Ebola in Guinea-Conakry, based on an ethnography of a neighbourhood and/or a village.

Your application must include :

- Your CV
- A cover letter telling us why you want to do a PhD, and why this one
- An outline of your proposed research (500 words plus bibliography).

Should you have any question please feel free to contact Hélène Colineau at ENS de Lyon This email address is being protected from spambots. You need JavaScript enabled to view it.

Your application must be sent to Hélène Colineau, Deadline October 1st, 2016 (included).