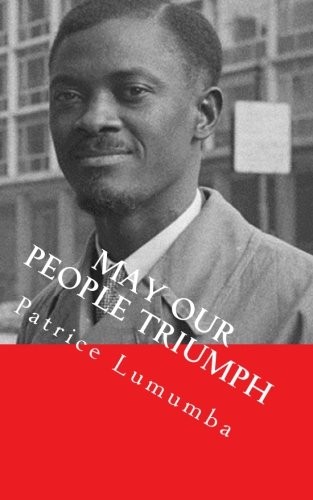 "Dancing in the Glory of Monsters: The Collapse of the Congo and the Great War of Africa" by Jason K. Stearns (2011) "tells the story of the conflict that resulted from these regional, national, and local dimensions and that has lasted from 1996 until today" (p. 8). The author not only has a depth of experience in the region, but also conveys a passion for the places, people, histories, experiences described. More than anything else, it is the way in which Stearns writes that is appeals. This is a story that needs to be read, and also an example of great story telling.

"This book tries to see the conflict through the eyes of its protagonists and understand why war made more sense than peace, why the regional political elites seem to be so rich in opportunism and so lacking in virtue" (p. 6). Stearns focuses upon "the perpetrators more than the victims, the politicians and the army commanders more than the refugees and rape survivors, although many of the protagonists oscillate between these categories. Rather than dwelling on the horror of the conflict, which is undeniable, I have chosen to grapple with the nature of the system that brought the principal actors to power, limited the choices they could make, and produced such chaos and suffering" (p. 8).

"Like layers of an onion, the Congo war contains wars with wars. There was not one Congo war, or even two, but at least forty or fifty different, interlocking wars. Local conflicts fed into regional and international conflicts and vice versa. Teasing out the origins can be a tail-chasing exercise" (p. 69). That is also where Stearns concludes: "The Congo war had no one cause, no clear conceptual essence that can be easily distilled in a couple of paragraphs. Like an ancient Greek epic, it is a mess of different narrative strands - some heroic, some venal, all combined in a narrative that is not straighforward but layered, shifting, and incomplete. It is not a war of great mechanical precision but of ragged human edges" (p. 336).

In some narratives, the international community (i.e. a few powerful states), exerts its will upon the world. The Congolese wars are yet another example of how agency and power much more complex: "As both Museveni and Kagame had learned in their own insurgencies, the international community was inherently hostile to foreign invasions but turned a blind eye to domestic rebellions that called themselves liberation struggles. Go look for Congolese rebels, he told Kagame, who could act as a fig leaf for Rwandan involvement" (p. 53). Readers unfamiliar with the Congo will be shocked with how other nations, particularly Rwanda, played key roles in the Congolese wars.

There are numerous side notes I found interesting, such as reflections on non-violent action (p. 9), intentional false indoctrination (p. 16), psychology of fear (p. 36), the role of economics and poverty in conflict and hatred (p. 95), the long-term societal impacts of conflict (p. 261). The author was seeking to understand the system, and about this, he concludes: "A central reason, therefore, for the lack of visionary leadership in the Congo is because its political system rewards ruthless behaviour and marginalizes scrupulous leaders. It privileges loyalty over competence, wealth and power over moral character" (p. 331).

What lessons can be learned? "This state of affairs should force foreign donors to think more carefully about contributing billions of dollars to development in the Congo without pondering the long-term repercussions… By taking the financing of most public services, donors take pressure off the Congolese government to respond to the needs of its citizens. Ultimately, the rule of law will not be created through a capacity building project in the ministry of finance but through a power struggle between government, local elites, and business circles. Donors need to figure out how to most responsibly insert themselves in this dynamic and not just pave roads, build hospitals, and reform fiscal systems" (p. 332). However, there "are no easy solutions for the Congo, no silver bullets to produce accountable government and peace. The ultimate fate of the country rests with the Congolese people themselves.Westerners also have a role to play, in part because of our historical debt to the country, in part because it is the right thing to do. This does not mean imposing a foreign vision on the country or simply sending food and money. It means understanding it and its politics and rhythms on their own terms, and then doing our part in providing the environment conducive to growth and stability" (p. 337).

My only (minor) recommendation to the author would be to reduce points of repetition. Some stories and facts are returned at different parts of the book. This may have been purposeful, for a readership unfamiliar with the details, but at times gave it a slightly unpolished feel.