The practice of development is messy. Far too often it is much more messy we tend to acknowledge. That messiness often does not appear RCTs or evaluations, but it has a significant impact on the implementation of activities. One of the layers of messiness is the negotiation between donor and recipient governments, covered in Haley J. Swedlund's "The Development Dance: How Donors and Recipients Negotiate the Delivery of Foreign Aid" (2017). The author explains: "This book wrestles with a basic problem: both agencies and governments have trouble making credible commitments. This book is about how donor agencies like USAID and recipient governments like Uganda negotiate the delivery of foreign aid. It is about how the two parties engage in aid policy bargaining, or what I refer to in his book as the "development dance." More specifically, it is about how donor agencies and recipient governments attempt to demonstrate the credibility of their promises, and how their difficulty doing so affects the sustainability of aid policy compromises over time." (p. 2)

The problem? "A common complaint among development practitioners is that new aid practices and policies are not given enough time to become effective. Why is this? Best practices regarding aid delivery are notoriously fickle. In the eighties, structural adjustment was the norm. In the nineties, project aid and support to NGOs became fashionable. At the turn of the twenty-first century, budget support was all the rage. Now donor agencies are crazy fir results-based aid. Yet we know very little about why policies and practices often fall by the wayside (sometimes only to be picked up again twenty, thirty years down the road)" (p. 5)

The challenge is that "the relentless focus measuring the effectiveness of aid often causes us to overlook how the policies of foreign aid actually come to exist in the first place and how likely it is that such practices will remain over the long term. It also means that foreign aid scholars often assume – either implicitly or explicitly – that aid programs are actually designed to be effective, and evaluate them accordingly" (p. 4).

Example: "In the midst of a brutal civil war, the Work Bank, for example, spent more than $45 million in Sierra Leone on building and maintaining roads. Thirty-three percent of the funds went toward compensating contractors for lost time and the destruction of their efforts (Easterly 2003s, 36). There is disagreement about why the World Bank continued to fund road projects in the midst of a civil war, but it is clear that it was not about effectiveness" (p. 5).

Swedlund argues that "the choices in aid delivery are neither random nor driven exclusively by aid effectiveness concerns or the strategic interests of donor countries. Rather, choices in aid delivery are the product of negotiated compromise between donor agencies and recipient governments… designing more effective ways of delivering foreign aid is not just about finding better ways of meeting recipient needs. It is also about incentivizing both donor agencies and recipient governments to keep their promises over the long term" (p. 17). This is important because if "a government is not able to accurately plan for incoming sources of revenue, whether they are higher or lower than predicted, it is unlikely to use the resources efficiently when they do arrive. As a donor official in Ghana put it, if a recipient country gets $50 million on the last day of the year, what is the country supposed to do with it? In practice, what habitually happens is that makeshift and poorly designed initiatives are quickly thrown together so that the donor agency is able to disburse the funds and the recipient government does not lose out on aid dollars" (p. 85).

Way forward? "Building aid delivery mechanisms that will last beyond an initial period of enthusiasm requires us to design institutions that incentivize both donor agencies and recipient governments to live up to their commitments" (p. 131). 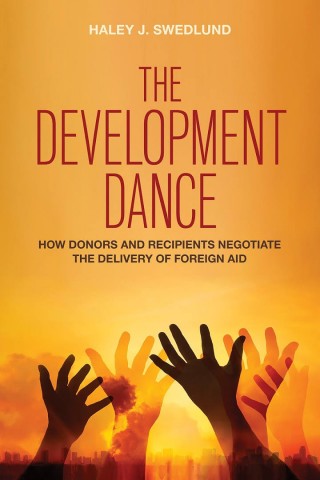