Amy Singer's book on Charity in Islamic Societies (2008) covers a wide range of topics related to charitable giving (zakat, sadaqah) and charitable institutions (awqaf), providing canonical and historical examples of them. In particular, I was interested in the parts on endowments / foundations / trusts (singular waqf, plural awqaf). Singer describes them as "specific endowed properties, the revenues of which were designated in perpetuity to sustain defined beneficiaries; the properties or capital of the endowment were managed by a specified succession of managers..." (p. 93). Quite remarkably, the author explains that "By the nineteenth century, large amounts of property all over the Muslim world belonged to endowments, including an estimated 75 percent of arable land in the area of today's Turkey, one-fifth in Egypt, one-seventh in Iran, one-half in Algeria, one-third in Tunisia, and one-third in Greece. At the end of the eighteenth century, an estimated 20,000 waqfs in the Ottoman Empire had a total annual income equal to one-third of annual government revenues, and perhaps including as much as one-half to two-thirds of arable land." (p 186). What Singer describes as the "moral economy" presents a picture of a very different socio-economic structure, one that might be unfamiliar, even unimaginable, to contemporary readers.

This book came to my attention when I came across a report that spoke about the history of charitable foundations and trusts in Muslim contexts. The report refers to a "reliable source", which is Singer's book. However, Singer does not provide the primary data to support these facts. One has to keep reading to find a footnote and explore the sources to identify where the data might come from. One of the footnotes leads to 2001 paper by Kuran, but it too is a secondary source, referring to other papers for support (5 other publications). In the Kuran paper, the amount of land listed is 1/8th in Egypt, not 1/5th. Singer may have been adding another source, but if she was it is unclear which. Three references in the Kuran paper are to dated Encyclopedia references (1936, 1961, 1973), which are not known to be sources of primary data. Of the two remaining sources, one is a country-specific paper (about Egypt, form 1968) and the other is an article on the Ottoman Empire (from 1939), neither of which appear available online. Given the apparent inaccessibility of these sources (which may not be the origin of the primary data either), it seems some discussion about the primary data supporting these claims would be useful. I have not yet been able to track the origins of the primary data for these facts. The journey to look into these interesting facts is a reminder for us all to find original sources, and cite them accordingly. 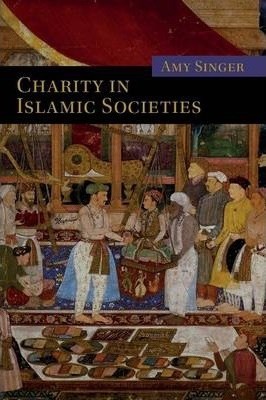