The American Anthropologist Sidney Mintz (1922-2015) spent a career understanding and writing about the intersections between food, slavery and colonialism, largely in the Caribbean. His book Sweetness and Power (1985) is one of the most widely read and influential books in cultural anthropology. Mintz takes Anthropologists to task for often being ahistorical, in the introduction to Sweetness and Power he writes: "By some strange sleight of hand, one anthropological monograph after another whisks out of view any signs of the present and how it came to be" (p. xxvii). And: "I believe that without history its [Anthropology] explanatory power is seriously compromised. Social phenomena are by their nature historical, which is to say that the relationship among events is one "moment" can never be abstracted from their past and future settings" (p. xxx). His one was one of the many voices that helped steer social science research to be more integrated and interdisciplinary, highlighting the short-sightedness of disciplinary-specific research.

Mintz powerfully integrates the history of food, particularly that of the exploited and the powerful, into his book about sugar. For example: "millions of human beings were treated as commodities. To obtain them, products were shipped to Africa; by their labor power, wealth was created in the Americas. The wealth they created mostly returned to Britain; the products they made were consumed in Britain; and the products made by Britons – cloth, tools, torture instruments – were consumed by slaves who were themselves consumed in the creation of wealth" (p. 43).

Yet, it was not just anthropology, history and food studies that Mintz brings together, he also weaves in economics: "the rise of capitalism involved the destruction of economic systems that had preceded it – notably, European feudalism – and the creation of a system of world trade. It also involved the creation of colonies, the establishment of experimental economic enterprises in various world areas, and the development of new forms of slave-based production in the New World, using imported slaves – perhaps Europe's biggest single external contribution to its own economic growth" (p. 55). Importantly, however, Mintz does not leave history in the past, he connects the past to the present:

Sugar, however, was not only a story of exploitation and oppression. It is also a story of powerfulness. Mintz introduces the reasons why and how sugar consumption became a daily habit, further driving the demand for the commodity: "I have stressed sugar's usefulness as a mark of rank – to validate one's social position, to elevate others, or to define them as inferior. Whether as a medicine, a spice, or a preservative, and particularly in the public display epitomized by the subtleties, sugar uses were molded into declarative, hierarchical functions" (p. 139). At the same time, sugar's tool of the elite, and its consumption replicated by broader society, had negative impacts. Mintz also suggests these have been, and continue to be, purposeful tools:

Returning to Anthropology, Mintz uses his study to reflect on society writ large: "The experience of time in modern society is often one of an insoluble shortage, and this perception may be essential to the smooth functioning of an economic system based on the principle of ever-expanded consumption. Anthropologists and economists have struggled with the paradox implicit in modern society – that its vastly more productive technologies result in individuals having (or feeling they have) less time, rather than more." (p. 202) 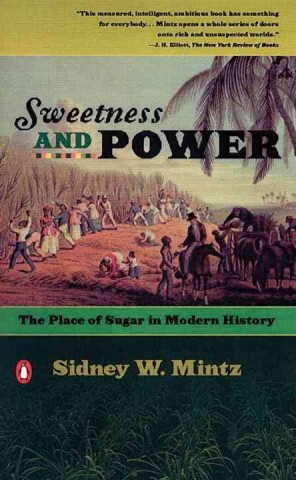