State-Peasant Relations in the Ethiopian Highlands

​One of the leading anthropologists of northern Ethiopia, Svein Ege, edited "Land Tenure Security: State-Peasant Relations in the Amhara Highlands, Ethiopia" (2019), with contributions by Svein Ege, Harald Aspen, Kjell Havnevik and the late Yigremew Adal. For anyone interested in issues of land tenure and land security, particularly in highland Ethiopia, this is essential reading. I share some of Ege's notes related to methodology here:

"Ethnography matter, and the call for recognizing context and complexity is as valid today as it was in the 1990s. Bruce (1993: 35) argued that those who recommended privatization reforms presented '[s]tereotypes of indigenous tenure systems that often bear little resemblance to reality'. However, image also matters, not least in the stereotypes of peasants, and a lesson from this book may be that these matter more than the actual situation on the ground, because images shape policies, whether the images are correct or not. This is a considerable challenge for ethnography. The role of ethnography is both to provide rich, multi-facetted description and to suggest concepts grounded in this material, and on this basis perhaps to challenge received interpretations" (Ege, p. 3).

"Sometimes my assistants happened to interview the same household twice, yielding some striking differences in results, which were not due to false answers but to slight variations in how the household was registered and what assets were included. A household that would qualify as 'rich' by one registration might appear as two dirt poor households in the next registration when a parent and a child were split up as heads of separate households (Ege 1999: 52-3). This problem is most probably a feature of the survey method itself. The complex relations within and among households are difficult, perhaps impossible, to capture reliably by this method." (Ege, p. 27)

"Although it may be difficult to say exactly how much land a peasant has, the various attempts to cover up information may tell us a lot about the land tenure system, the lack of trust and the need to hide information from outsiders in general and from higher administrative levels in particular. This is an important part of the land tenure system in itself and should make us treat survey data with some caution; it may also provide some entry points into the various aspects of peasant land tenure." (Ege, p. 97) 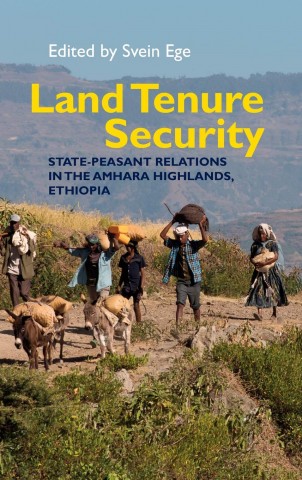