​In 1990, Ethiopia was on the cusp of a major transition. The military government was on the way out and the EPRDF would come to power in the following year. It was in this year that "Ethiopia: Options for Rural Development" (1990), edited by Siegfried Pausewang, Fantu Cheru, Stefan Brune and Estetu Chole, was published. The writing was done during the late 1980s, but nonetheless provides an interesting window into how development researchers and practitioners felt about rural development - and what was prioritized - at that moment in history. The book has contributions from major scholars, in addition to the editors there are contributions from Dessalegn Rahmato, Alula Pankhurst, Helen Pankhurst, and a host of others. This is quite a rich book and I feel it offers insight for very similar questions being asked today. It was published by Zed books and is relatively available (compared to most books from the 80s and 90s on Ethiopia, which can be very difficult to find). 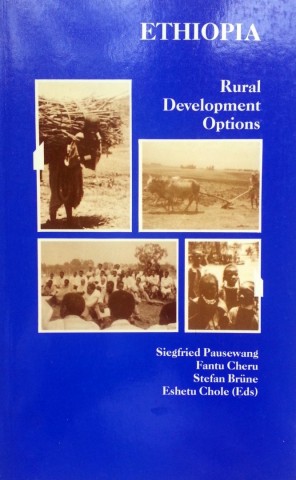