People of the Plow

James McCann's People of the Plow (1995) presents the agricultural history of Ethiopia from 1800 to 1990. While historical, it is also in many ways anthropological, particularly in the parts wherein the author draws on years of fieldwork. What I found particularly interesting in the book is the broader discourse within which the book is written, more or less in response to concerns of a failing smallholder agricultural system. For example, McCann opens the book in stating: "The subject of this book is the modern history of Ethiopia's agriculture and the paradox of how the land and farming system which has sustained Africa's historically most productive agricultural system can have fallen into deep fundamental crisis" (p. 4). While Ethiopian agriculture remains framed as being in crisis, it is currently discussed within the context of fertile lands being bought by foreign investors and how farmers can maintain the rights to their land. Arguably the smallholder crisis is greater, due to continued land fragmentation since the writing of the book, but the contemporary discourse is framed quite differently.

The book is not doom and gloom. In many instances, McCann argues that the discourse of the 1990s offered too simplistic a narrative, and that "…the agricultural system and the farmers whose ideas and strategies put it into practice have, over the past millennium, evolved a distinctive technologies, social institutions, and effective solutions to environmental problems" that require far more careful study (p. 4). What this book does remarkably well is to show that while some facets of the agricultural system have remained the same, it demonstrates how dynamic the agricultural system has been and how farmers have engaged with change over time. This feeds nicely into the discourse about farmers being unwilling or resistant to change; history attests to the fact that farmers do change, what this book offers is insight into why those changes take place. For example:

For those interested in Ethiopian agriculture, this book provides an important historical context. Yet, as McCann notes throughout the book, historical references are scarce and in many instances the author extrapolates from what exists, which is sparse. While this has limitations, it is a valuable resource nonetheless. For those less interested in Ethiopian history, the book offers unique into rural development processes, particularly on how agricultural change happens (and does not happen, for example mechanization). 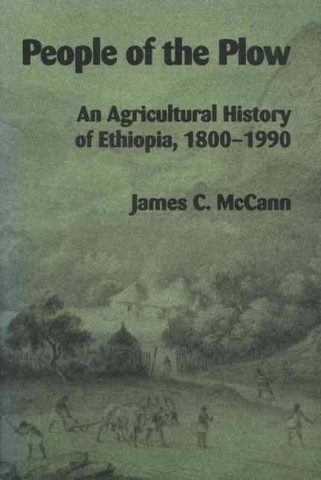 A Decade of Ethiopia: Politics, Economy and Society

A History of Modern Ethiopia