Patrick McGowan analyzed planned, attempted, successful and failed coups d'etat in sub-Saharan African states from 1956-2001. Political instability during this period was much higher than other regions of the world, negatively affecting economic growth and human development. McGowan finds that the rate of success of attempted coups was higher than 40%, with an increase of attempts following a successful one. 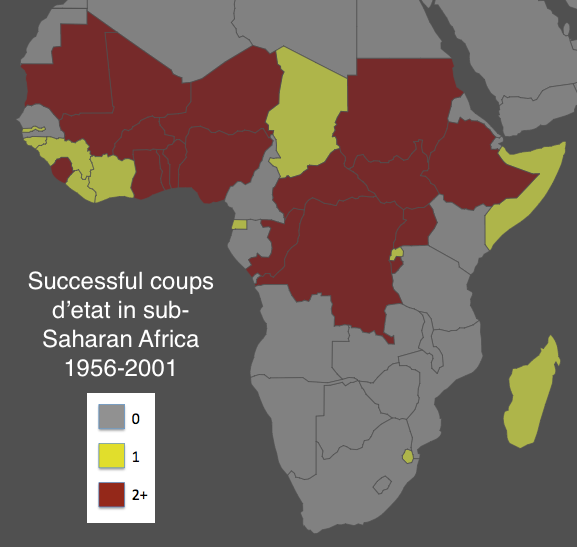 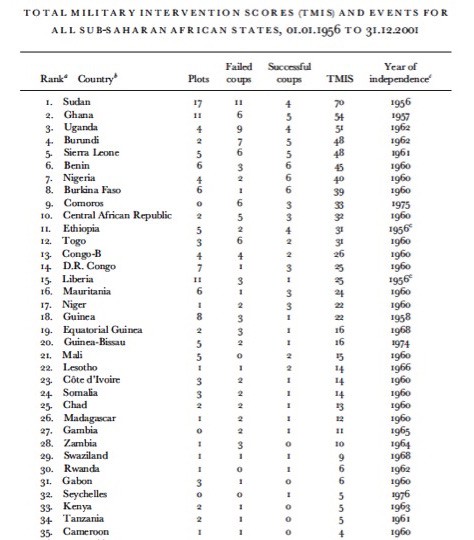