​Priscilla Claeys's "Human Rights and the Food Sovereignty Movement: Reclaiming Control" (2015) had some high level support and praise (Jun Borras, Olivier De Schutter, etc). The beginning of the abstract reads: "Our global food system is undergoing rapid change. Since the global food crisis of 2007-2008, a range of new issues have come to public attention, such as land grabbing, food prices volatility, agrofuels and climate change. Peasant social movements are trying to respond to these challenges by organizing from the local to the global to demand food sovereignty. As the transnational agrarian movement La Via Campesina celebrates its 20th anniversary, this book takes stock of the movement's achievements and reflects on challenges for the future. It provides an in-depth analysis of the movement's vision and strategies, and shows how it has contributed not only to the emergence of an alternative development paradigm but also of an alternative conception of human rights."

For those interested in La Via Campesina and the emergence of legal approaches (via human rights), this is a useful resource. With regard to international legal advocacy, Claey offers some interesting experiences (namely the role of: critical junctures, networks and allies, framing and re-problematizing):

On the latter point, the author elaborates later in the text, one quote from that: 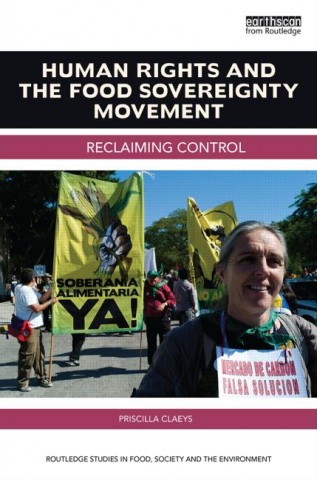 New Publication in the Journal of International Development

The Making of a Better World