Looking for a different perspective on aid? A short publication (144 pages) called Ending Aid Dependence (2008) by Yash Tandon, with a forward by the former President of Tanzania Benjamin Mkapa, is well worth your read. The book is published by Fahamu, which also published Shivji's book on NGOs. A few notes:

"The political rationale and teleological direction of the South Commission Report was succinctly summarised by Nyerere in these five headings: development shall be people centred; pursue a policy of maximum national self-reliance; supplement that with a policy of maximum collective South-South self-reliance; build maximum South-South solidarity in your relationships with the North; develop science and technology." (p. 16) 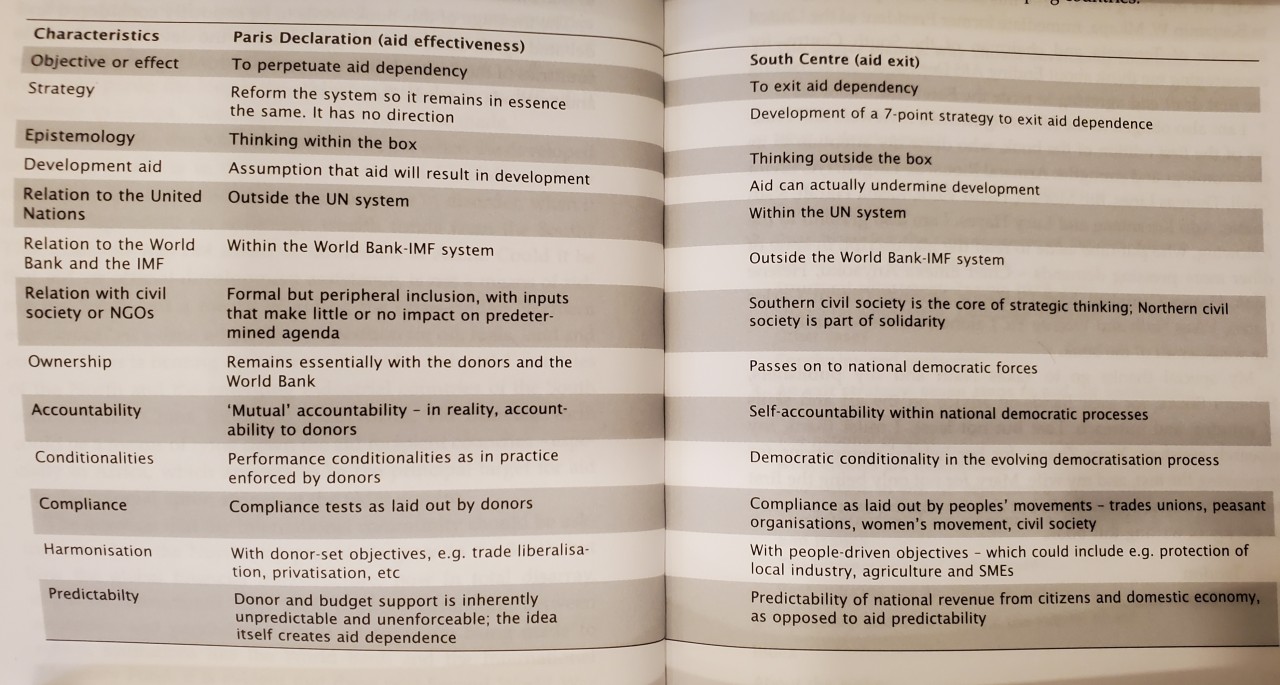 "Historically, all imperial projects begin with military conquest, then with economic restructuring so that the colonised country's economy services the needs of the imperial nations, and finally ideological conversion of the colonised leadership and population through education, training, etc. It is the same pattern with the present development aid architecture." (p. 22)

"It is clear that IMF bail-outs to the hard-pressed economies of all these countries in the South that, through ignorance or naivety, accepted them, were not to protect these economies. The objective, or at any rate the effect, was to bail out hard-pressed American financial and banking interests, and to create conditions for further control by American (and allied) capital over the national economies of the developing countries in distress. In other words, these developing countries were placed in distress through debt burden, trade liberalisation, and the other Red Aid conditionalities of donor funding, and then to get them out of the distress, the IMF moved in and cleared the way for AmericanEuropean-Japanese capital to take over. This, at least, is what evidence shows on the ground, whatever the neoliberal theorists might say in their erudite books." (p. 62)

"Ending aid dependence is not a one-day project. Deeply embedded structures and the power of vested interests do not disappear overnight. Neither do they disappear on their own. Cutting off from aid dependence is an act of political will. Aid's demise has to be strategised carefully, like fighting a war, no less. It cannot be left only to politicians, or officials, or experts. However, without their active involvement the strategy cannot succeed. It is the combined efforts of the people and their leaders that can lift the mental shackles of the past." (p. 77) 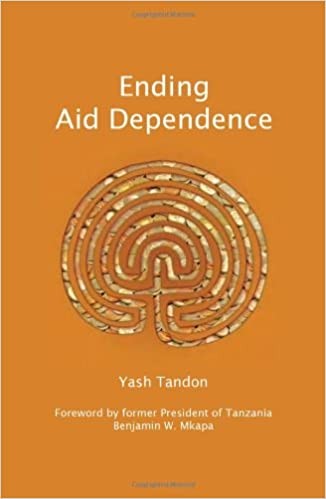