Achille Mbembe is a Cameroonian philosophy, based at WistU in South Africa. He has authored a number of influential works (such as Necropolitics), but given the importance of his works, is not as widely read and taught as he should be. Fortunately for English readers, his two recent books have been translated by published by Duke University Press. This post reflects on "Critique of Black Reason" (2013 original, 2017 translation). For anyone learning about, teaching, or researching race, this is essential reading.

"race does not exist as a physical, anthropological, or genetic fact. But it is not just a useful fiction, a phantasmagoric construction, or an ideological projection whose function is to draw attention away from conflicts judged to be more real - the struggle between classes or genders, for example. In many cases race is an autonomous figure of the real whose force and destiny can be explained by its characteristic mobility, inconstancy, and capriciousness. It wasn't all that long ago, after all, that the world was founded on an inaugural dualism that sought justification in the old myth of racial superiority. In its avid need for myths through which to justify its power, the Western world considered itself the center of the earth and the birthplace of reason, universal life, and the truth of humanity." (p. 11)

"Three historical determinants, then, explain the power and the fantasy of Whiteness. First of all, there were many who believed in it. But far from being spontaneous, the belief was cultivated, nourished, reproduced, and disseminated by a set of theological, cultural, political, economic, and institutional mechanisms whose evolution and implications over the centuries have been carefully analyzed by critical theorists of race. In several regions of the world, a great deal of work went into transforming Whiteness into a dogma and a habitus..." (p. 45)

"To reread Fanon today is also to take on for ourselves, in our own conditions, some of the questions he never ceased to ask of his own time, questions related to the possibility for subjects and peoples to stand up, walk with their own feet, use their own hands, faces, and bodies to write their own histories as part of a world that we all share, to which we all have a right, to which are are all heirs. If there is one thing that will never die in Fanon, it is the project of the collective rise of humanity. In his eyes, this irrepressible and implacable quest for liberty required the mobilization of all of life's reserves. Each human subject, and each people, was to engage in a grand project of self-transformation, in a struggle to the death, without reserve. They had to take it on as their own. They could not delegate it to others." (p. 162) 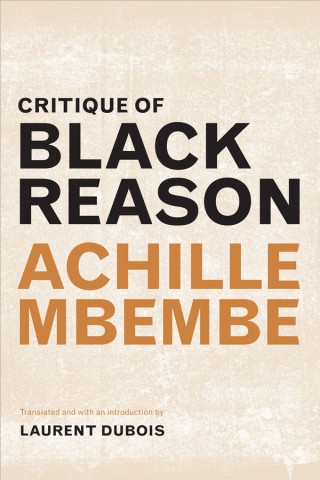