Between the World and Me

Ta-Nehisi Coates' book on the Obama years (We Were Eight Years in Power, 2017) attracted the scorn of Cornell West. Coates' earlier book, Between the World and Me (2015), is a bestseller. In the form of a letter to his son, the book tells his journey of his own experiences and reflections of being Black in America. A few notes from that 2015 work:

"the police departments of your country have been endowed with the authority to destroy your body. It does not matter if the destruction is the result of an unfortunate overreaction. It does not matter if it originates in a misunderstanding. It does not matter if the destruction springs from a foolish policy. Sell cigarettes without the proper authority and your body can be destroyed. Turn into a dark stairwell and your body can be destroyed. The destroyers will rarely be held accountable. Mostly they will receive pensions. And destruction is merely the superlative form of a dominion whose prerogatives include friskings, detainings, beatings, and humiliations. All of this is common to black people. And all of this is old for black people. No one is held responsible." (p. 9)"Fail to comprehend the streets and you gave up your body now. But fail to comprehend the schools and you gave up your body later. I suffered at the hands of both, but I resent the schools more." (p. 25)

"Our teachers urged us toward the example of freedom marchers, Freedom Riders, and Freedom Summers, and it seemed that the month could not pass without a series of films dedicated to the glories of being beaten on camera. The black people in these films seemed to love the worst things in life - love the dogs that rent their children apart, the tear gas that clawed at their lungs, the firehorses that tore off their clothes and tumbled them into the streets. They seemed to love the men who raped them, the women who cursed them, love the children who spat on them, the terrorists that bombed them. Why are they showing this to us? Why were only our heroes nonviolent?" (p. 32)

"We were black, beyond the visible spectrum, beyond civilization. Our history was interior because we were inferior, which is to say our bodies were inferior." (p. 43-44)

"A legacy of plunder, a network of laws and traditions, a heritage, a Dream, murdered Prince Jones as sure as it murders black people in North Lawndale with frightening regularity. "Black-on-black crime" is jargon, violence to language, which vanishes the men who engineered the covenants, who fixed the loans, who planned the projects, who built the streets and sold red ink by the barrel. And this should not surprise us. The plunder of black life was drilled into this country in its infancy and reinforced across its history, so that plunder has become an heirloom, an intelligence, a sentience, a default setting to which, likely to the end of our days, we must invariably return." (p. 110) 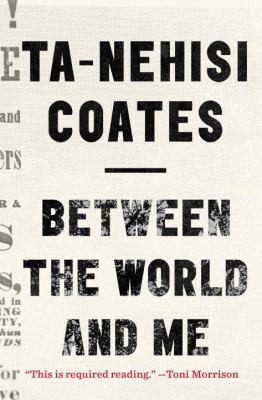